Home Around the Home Style & Design Using 5,500 Pennies And Some Creativity, He Turned The Inside Of His...

Reddit user “American_Standard” decided to take a simple shed that he lovingly called “The Barn”, and create something very unique. He took this pre-fab structure and turned it into his very own backyard tavern. However, that’s not the coolest part. The coolest part is actually the bar itself. He must have been inspired by these Pub Sheds.

What’s so special about it? Trust me, it’s worth a look!

Nevermind the fact that it’s in such a nice shed… 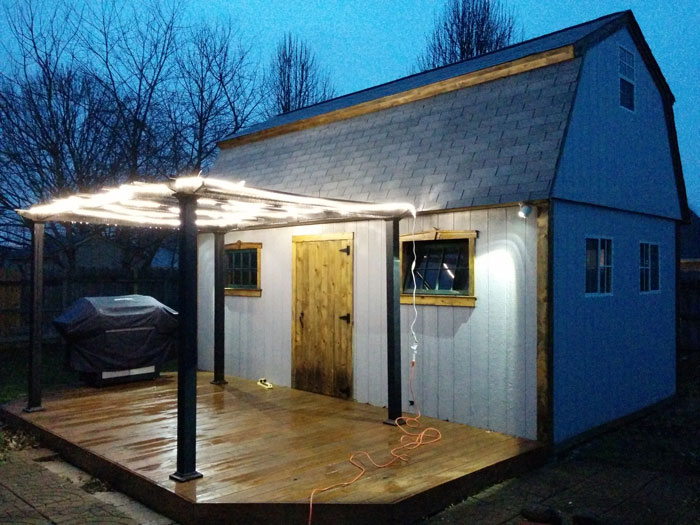 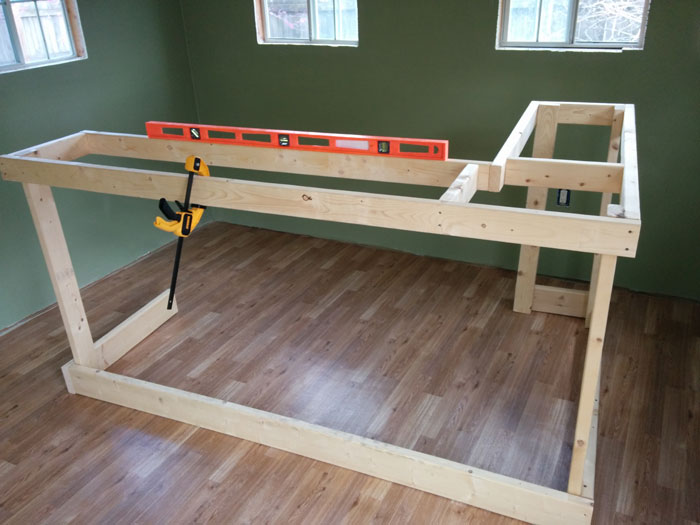 It’s not even the polyurethane coated wood paneling. 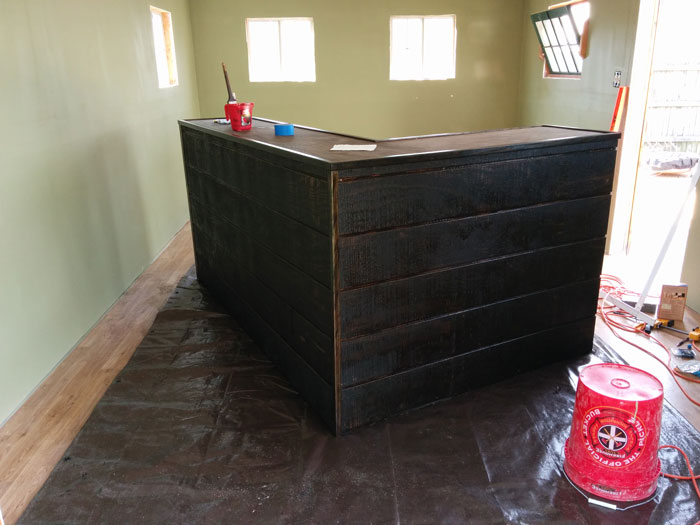 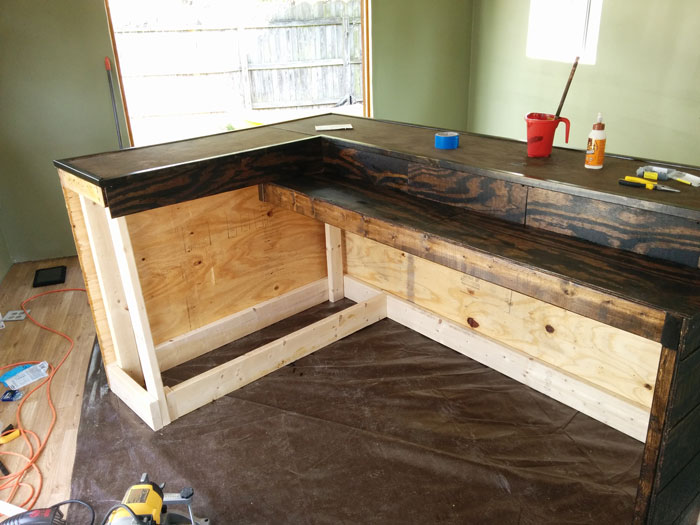 What makes this particular bar so special starts with the pennies. Fifty-five dollars worth of pennies, in fact. 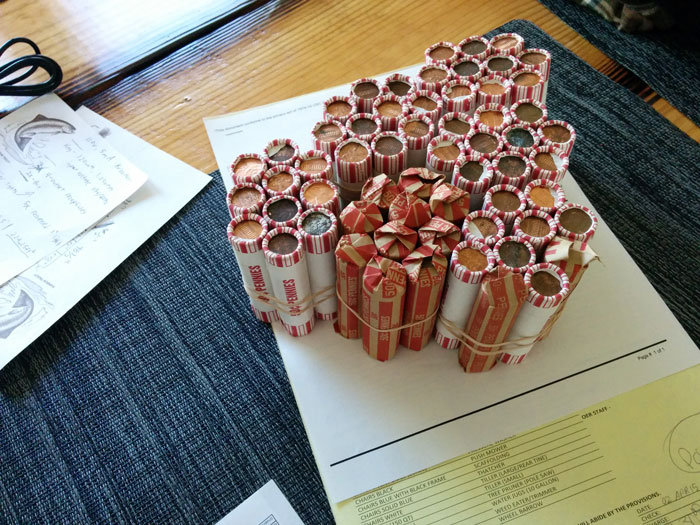 That’s a lot of pennies! What do you do with 5,500 pennies to make a bar extra special? Well, if you are top notch like American_Standard, you sort the pre-1982 pennies from the rest. Why would anyone want to put themselves through that? 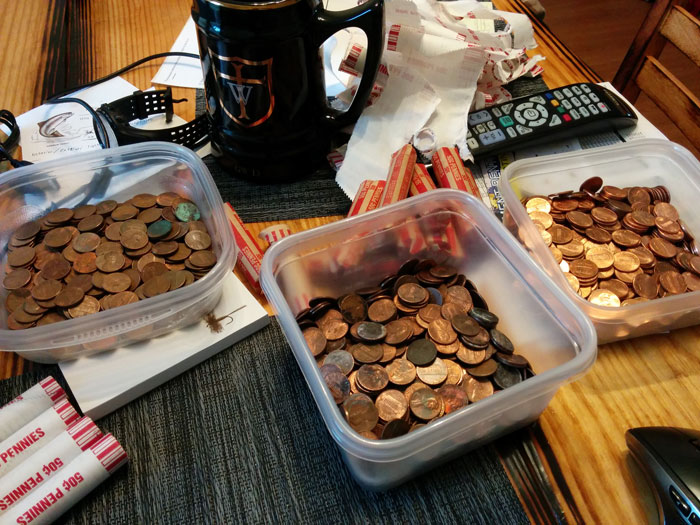 It turns out that pre-1982 pennies are made of 90%+ copper. This means they oxidize much more easily than those made post-1982, which are now mostly zinc. The next obvious question is, “Why does that matter?” 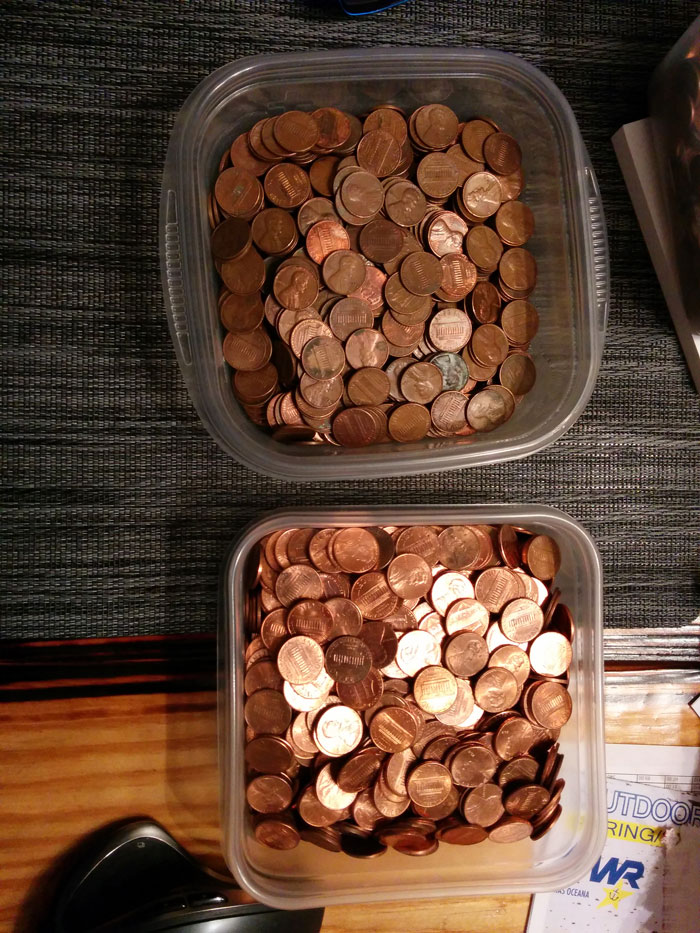 He had a brilliant idea. He soaked the pennies in vinegar and salt, which removes all build-up from the pennies. He then dried and polished a number of them, and made them look brilliantly shiny! 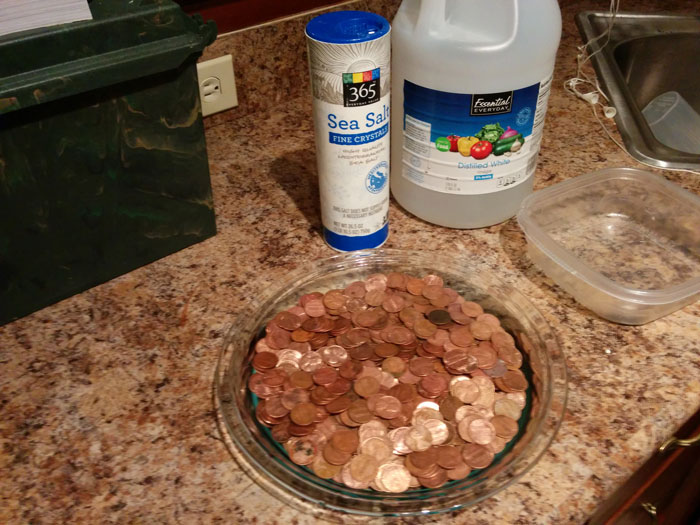 However, that was only half of the plan. The other pennies were allowed to air dry without any polishing. 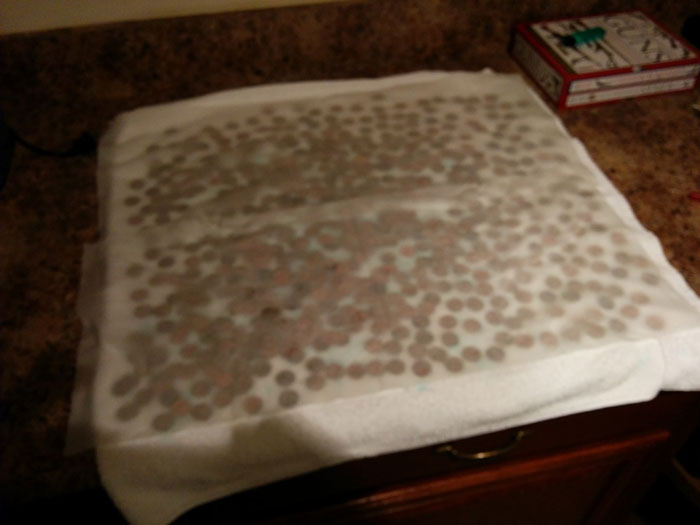 This created a beautiful array of oxidation effects that could be used for his work of art. 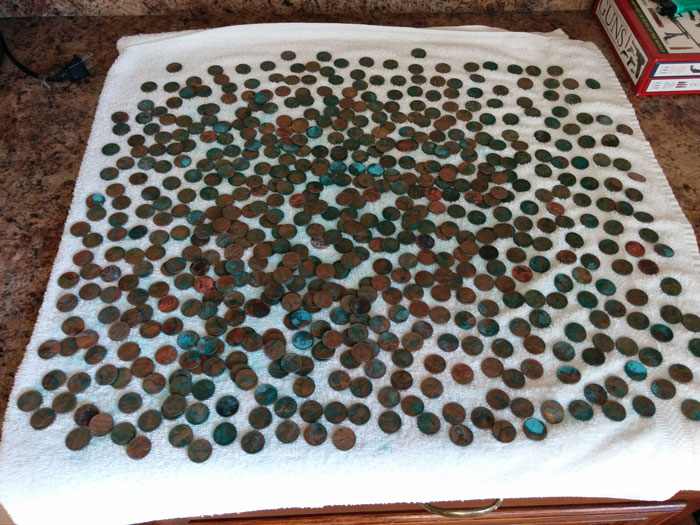 The pennies of different oxidation colors were laid in a diamond pattern with the shiny pennies. 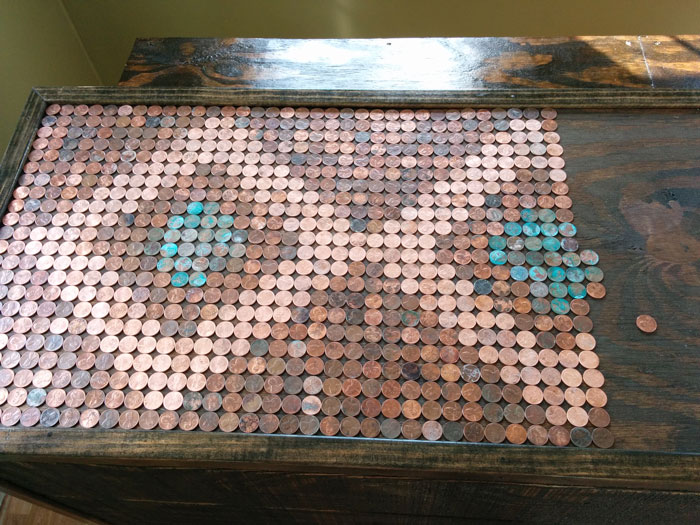 He had two OCD friends help him make sure every penny was heads up. All it took was a six pack of beer and they were able to knock it out with expert precision. 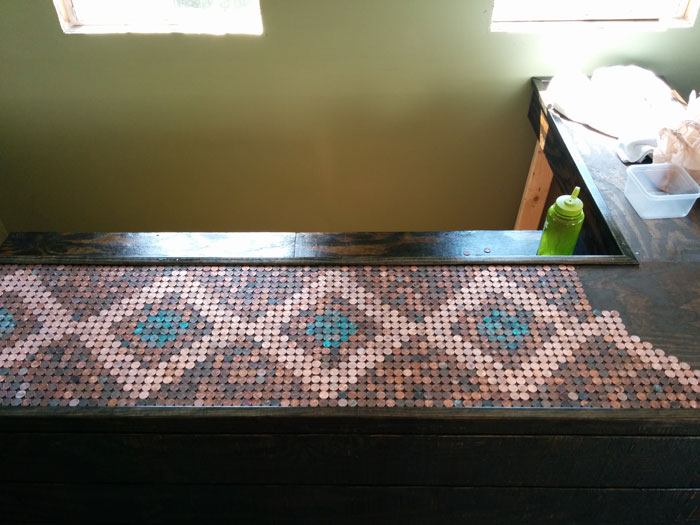 He applied four quarts of resin to the top of the bar, using a torch to help remove any bubbles, and even the resin out. The result was a surface like beautifully polished glass, yet with far more durability. 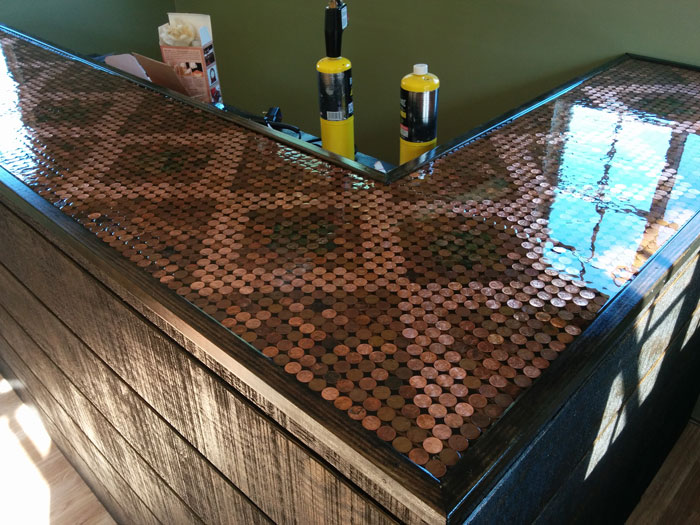 He then installed the kegerator (A KC7000SSTRIP from Edgestar), for dispensing his reward after the job well done. 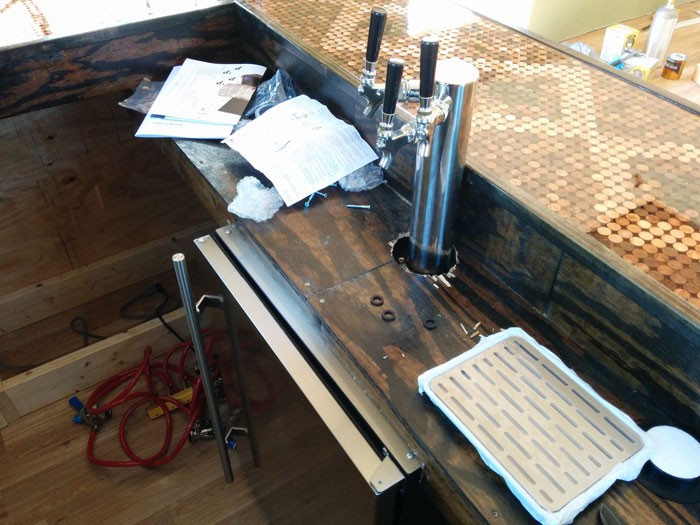 He added some window trim work to match the bar, and installed some overhead lights. And the final touch was adding his three favorite regional VA beers to the tap. 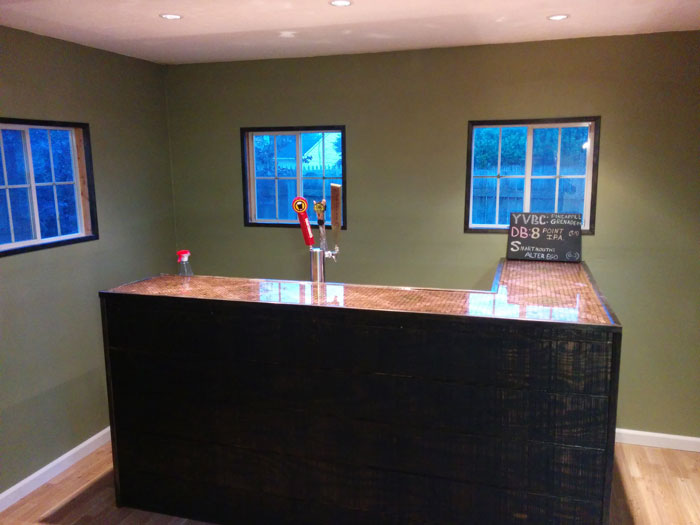 I would say this accomplishment is definitely worthy of a Pub Shed award! 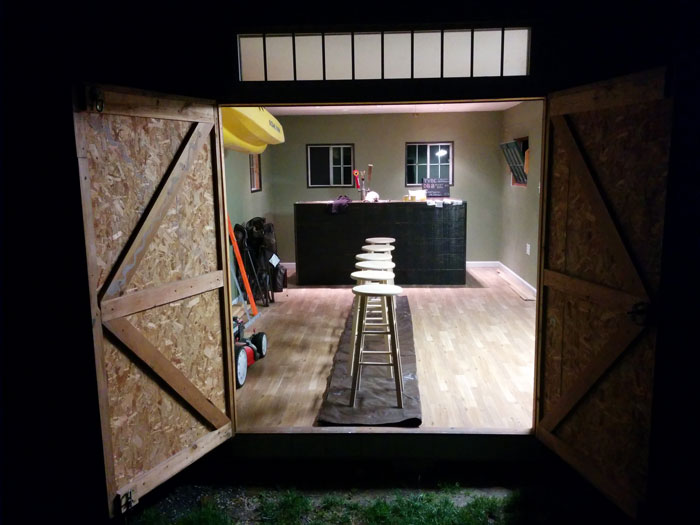 If you liked this shed, you’ll love these ones!

This Is, Bar None, The Craziest Interior Paint Job You’ll Ever...

Dollhouse Doors For Your Wall Outlets? Yes, They’re A Thing

© Copyright 2020 - Lighter Side of Real Estate
Do NOT follow this link or you will be banned from the site!
687shares