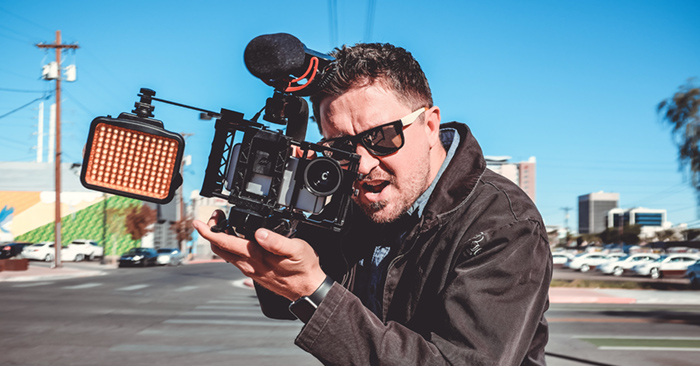 There’s a never-ending loop of real estate shows you can watch on TV nowadays. It doesn’t matter what time of day it is, you’re bound to find one on. But be careful: the minute you get sucked into one, you may find yourself sucked into the next the way they phase out of one episode into the next!

You can go from watching one agent helping a couple buy their first home on a shoe-string budget, to another helping a family who just won the lottery buying a home bigger than they ever hoped for in the blink of an eye. The next thing you know, you’re watching an agent help someone decide to renovate their house and keep it, or just buy another one.

In that sense, it’s almost like getting a glimpse into what it’s truly like being a real estate agent, because they help all sorts of people—in many different situations—buy and sell totally different types of houses.

But that’s about where the reality of being a real estate agent ends when it comes to real estate reality shows! There’s no way a half hour (or even an hour!) TV show could convey what it’s really like to help buyers and sellers. In fact, these shows are a far cry from reality.

While each show has a different angle, they all basically make it seem quicker and easier to help someone buy or sell a house than it is in real life.

If you want a true look at what it’s like for agents, here are six concepts for real estate shows that’ll give you a peek into the things they don’t show!

Most real estate shows would have you believe that a buyer looks at three houses and then they head to the local bar for a drink and a quick think before making an offer that always gets accepted.

The show that should exist is one that shows how many buyers look at dozens of houses, and often make offers on a few of them, before they successfully buy one. And it usually takes more than a few sips of wine and recapping each house for everyone involved in the purchase to agree which house they should go after!

While many buyers start working with one particular agent early on in the process and are loyal the whole way through, many others don’t.

It’s not uncommon for a buyer to start their home search over a year before they actually buy a house. So they may meet an agent at an open house and go see houses with that agent for a few months, only to pause their search and disappear on that agent. Then they see a house online they like and call the listing agent, and end up working with that agent for some time until they ghost him or her and start working with a friend or family member who has their license.

So to get a real feel for what it’s like to be an agent, it’d be great if there was a show that followed a buyer from the minute they dealt with the first agent, all the way through to the agent they ended up buying with. They could bring all of the agents together at the end for a reunion show like on The Real Housewives and let them scream at each other for stealing each others’ client.

Agents put a lot of time and effort into doing a thorough market analysis (CMA) to help homeowners list their house at the right price. Unfortunately, some sellers don’t like the truth and just select an agent who tells them what they want to hear.

It sucks for an agent to lose a listing to another agent who let the owner overprice, only to watch it eventually sell for what they originally recommended (or less) because they listed too high. The only satisfaction the agent gets is knowing deep down that they were right all along, but that doesn’t count for much.

What’d make for some great TV is to follow an owner who does this from beginning to end, and watch them realize the agent they didn’t list with was right all along. But the twist would be that they not only realize it, they also have a tear-filled face-to-face chat with the agent and apologize for not listening to their advice. It won’t pay the agent’s bills or put food on the table, but some things are worth more than money.

4) My parents want to see the house…

There ought to be a show where you see every house the buyer looks at and watch how they came to their decision. You’d truly be happy for them knowing that they had to see so many houses that were just awful, or didn’t fit their wants or needs.

But wait…before they make an offer, the buyer’s parents need to come take a look at the house!

Will they give it the thumbs up or not!? Does the dad think it’s a “total teardown” and they should keep looking? Will they threaten to not give them money for the down payment that they’re counting on if they buy this house? Will the buyer listen to the parents?

Getting pre-approved for a mortgage before you start looking is Real Estate 101. It helps you know how much house you can afford so you don’t look at houses beyond your reach. But some buyers refuse to do it, saying they know they can afford it, and they’ll get pre-approved when they find the right house. But that’s a recipe for disaster…

Not only is it a waste of time to look at houses you can’t afford, it can also be heartbreaking to fall in love with one and not be able to buy it. Plus, it makes it hard to ever like any house you can afford!

Agents can say it ‘til they’re blue in the face and certain buyers will never listen. So maybe it’d be helpful if there was a show where you got to witness buyers refuse to get pre-approved and see the utter heartbreak when they fall in love with houses they can’t afford.

If agents had a nickel for every time a prospective client said they had a friend or family member who’s an agent, they’d all be rich!

It’s the easiest excuse to use when you want to blow off an agent. But does that agent really exist? Are they truly friends with or related to one? Will they actually work with that agent?! Or was it just a lie?

A candid camera type show where buyers are put on the spot and have to explain who the agent they’re referring to is, and how close they actually are to them when they use that excuse… now that would be hilarious!