Home News Texas Has Some Of The Most Bizarre Houses In The US. Here...

Don’t let Texas’ reputation as a super conservative state fool you. There are some truly odd things here, and some of them are a must-see! Here we have ten homes listed for their high strange factor. If the trend keeps up, the new saying will have to be, “Everything’s weirder in Texas.”

1. The Beer Can House (Houston)

“Some people say this is sculpture but I didn’t go to no expensive school to get these crazy notions.”

That’s a direct quote from John Milkovisch, the creator of the Beer House adornments. He started the home in 1968 by inlaying marble, metal pieces, and rocks into concrete. Shortly after, he decided to start adding beer can art to the home. He, his wife and neighbors all played a part in supplying the 50,000 plus beer cans, and John did the decorating. It’s amazing how some people’s simple past times can become famous works of art. 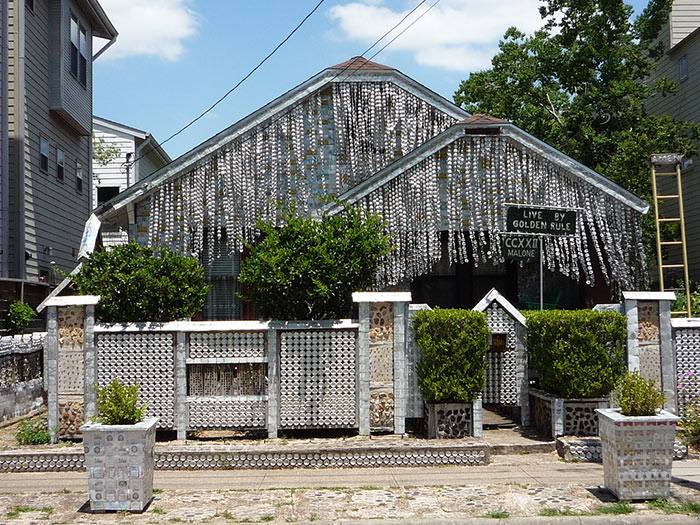 James Edward Talbot created this home as an adult playhouse. There’s art, musical toys, “talking tubes,” and even fire poles to slide down. Even better, this home is designed to be eco friendly. Truly a monument to the spirit of Austin. 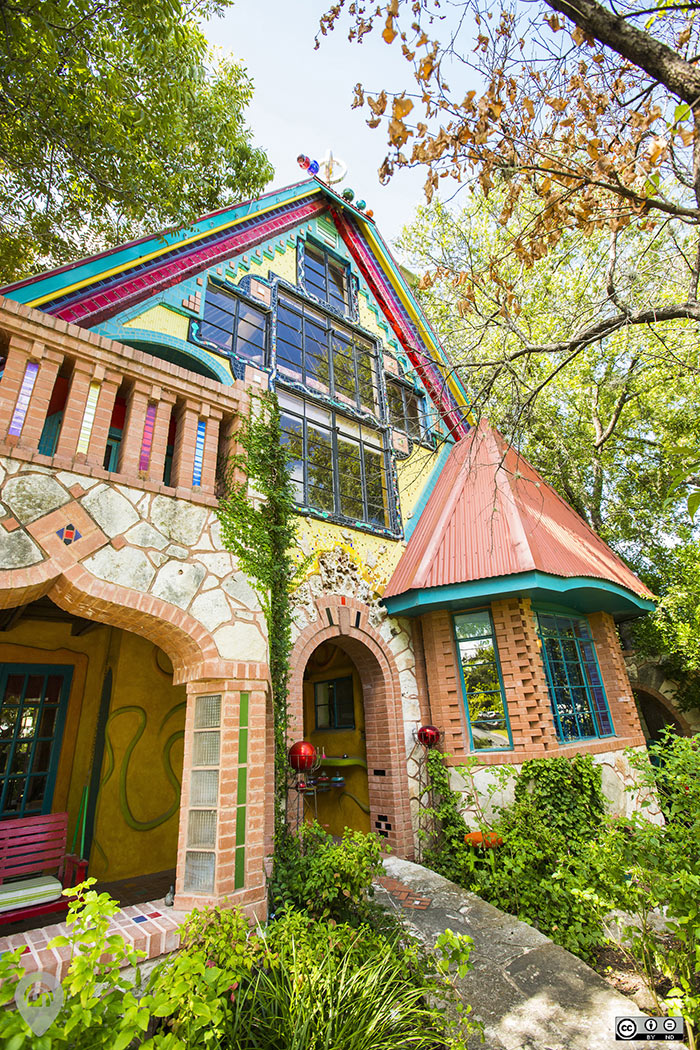 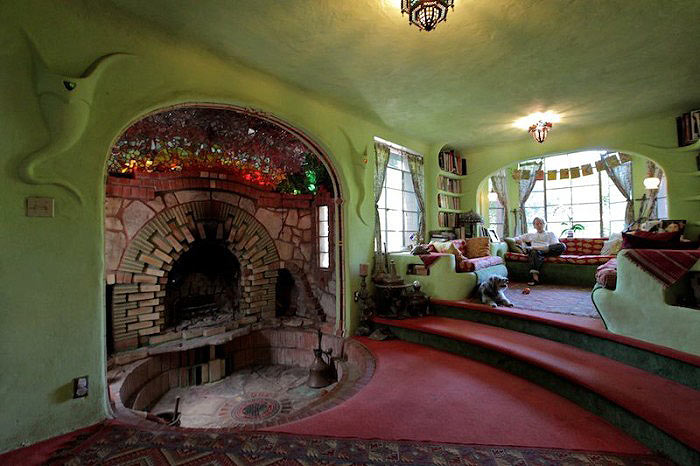 This mansion was built by a couple who fell in love with the 1960’s sitcom. Learn more about it in this article we wrote. 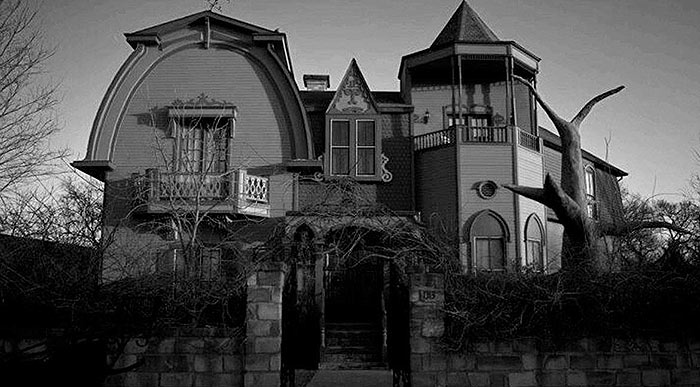 Robert Bruno loves to create aesthetic wonders. He built this home over a 30 year period, in a suburb in Lubbock. It has been likened to everything from a pig, to a space faring vehicle, to a mad scientist’s hideout. While it may not have been built specifically for living, it has definitely been built for intrigue. 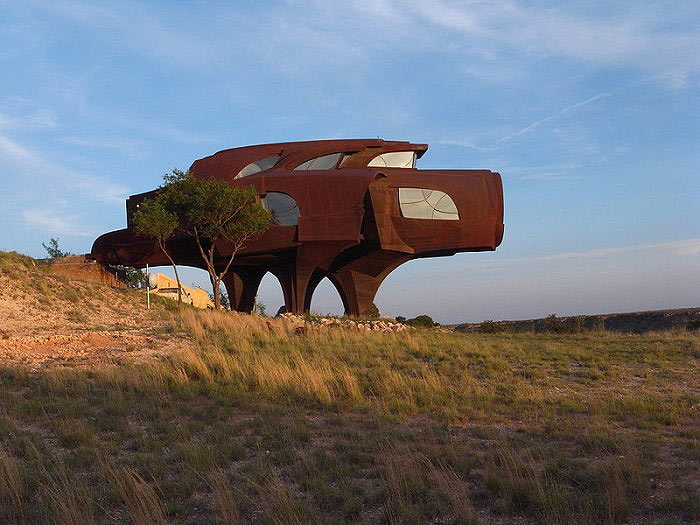 Terry Young and his wife, Kim, visited Castle Neuschwanstein in Germany. Afterward, they couldn’t live without having a castle of their own. In 1996, they set to create their masterpiece, located between Burnet and Marble Falls, about 50 miles west of Austin. It only took them around 10 years, and they now host for weddings, film shootings, and other special events. 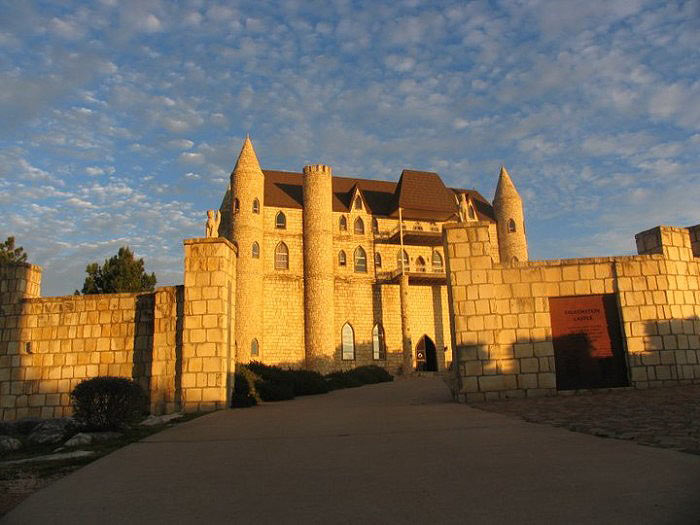 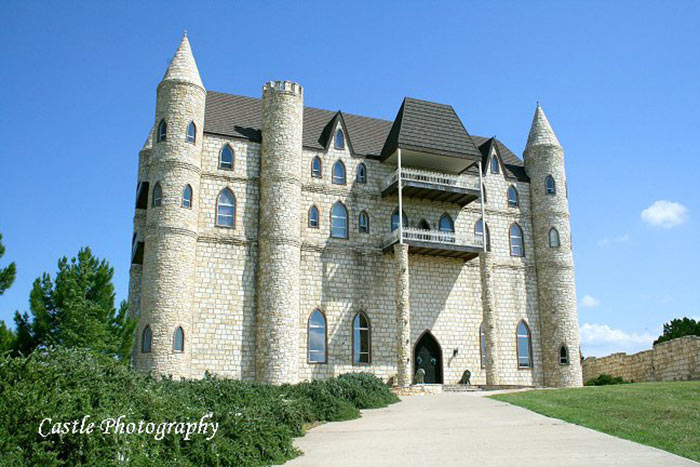 This place was a work of art developed by sculptors Dan Havel and Dean Ruck, of Houston Alternative Art. They called the concept “inversion.” Unfortunately, this work of art only lasted a few months in 2005. The two homes used were already slated for demolition, and so this masterpiece now exists through memory and photos. 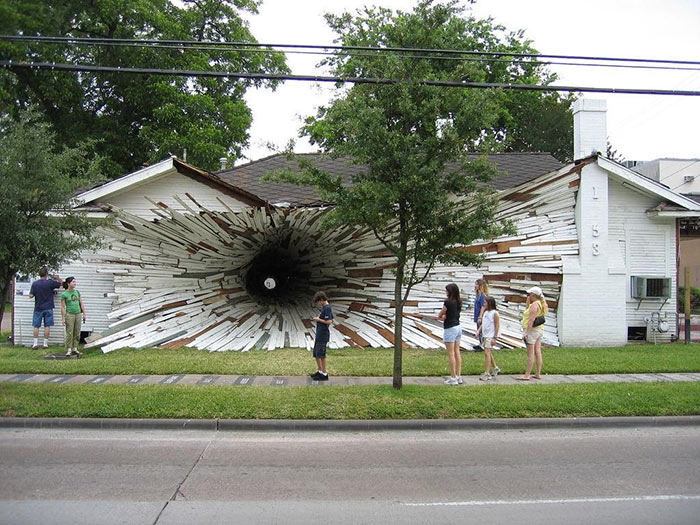 This home was constructed by a man who made storage tanks for oil companies. He left it to his son after passing away. While most homes in Galveston are on stilts, or have been washed away at least once from hurricanes, this home has stood for over 50 years. Some say a man shows up once in a while to work on the property, and then vanishes for months before showing up again. 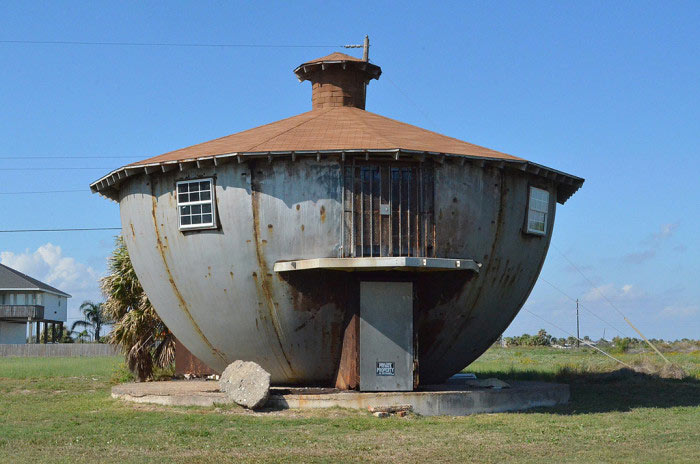 Louis Dietz, a German immigrant carpenter, built this home in 1910 for his five year old adopted daughter. The daughter, Alice O’Brien, had come in on an orphan train from NYC. The house later passed through the hands of hispanic entrepreneur, Pablo Castilla. In 2012 it was exhibited in the Texas Toys exhibit at the Institute of Texan Cultures, a branch of the Smithsonian Institute. 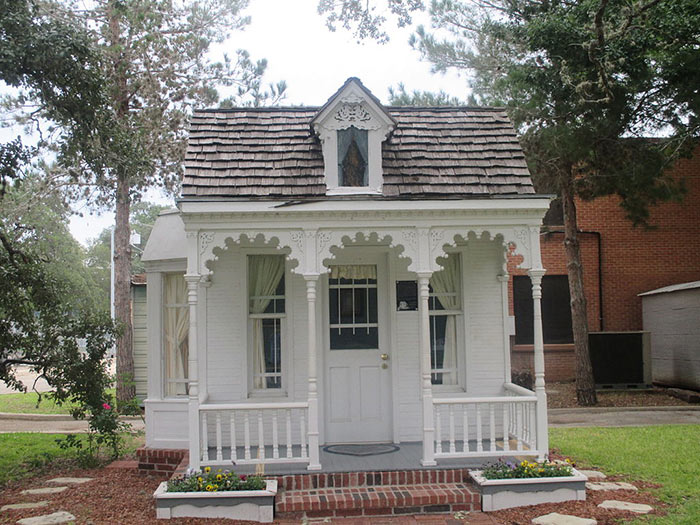 This unique place is apparently nested in a neighborhood on the South side of Austin, and is practically invisible from the road. Whenever you find your way to it, you find a sort of “junk yard wonderland” created by Vince Hannemann. He started the project in 1988, and has since accumulated around 60 tons of junk. Most who go through the place think it is amazing. Vince reports that he put it all together just because he thought it was kind of cool. 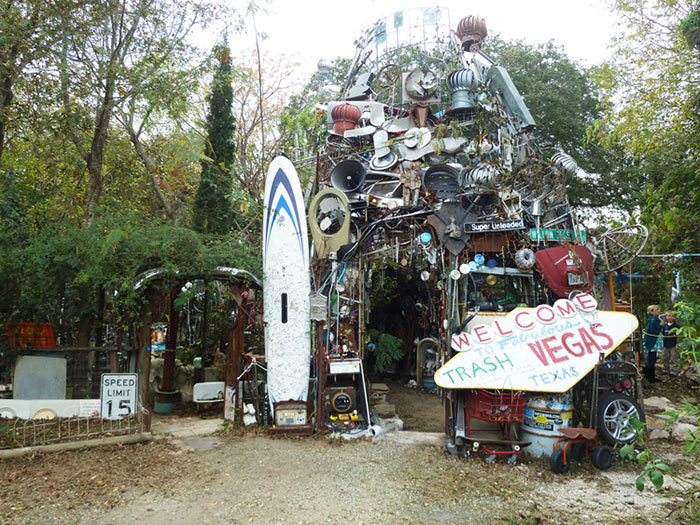 The history of this home seems a bit challenging to put together. What is known is that a Finnish architect built 100 of these homes in the 60’s and 70’s, and one stands in Royse City. It was originally silver, but has since been painted orange for more visual impact. 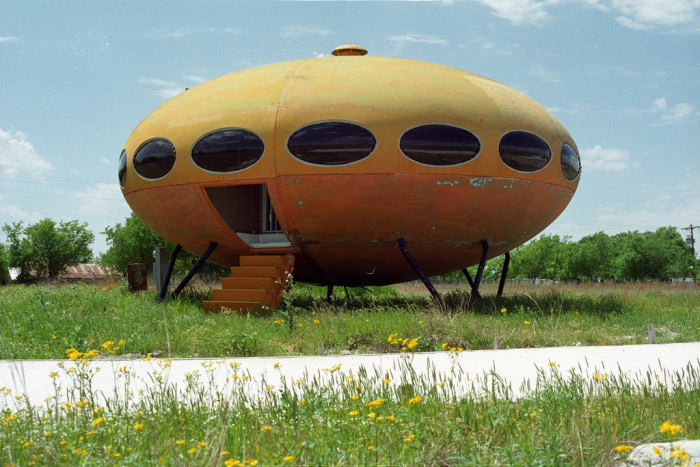 Thinking About Buying a Home? October Is a Great Time to Make a Move

Can You Guess The Movies From Seeing The Houses? (Quiz)

Thinking About Selling Your Home? May Is the Time To Make...

This Family Transformed Their Home Into A Star Wars Lovers’ Paradise

9-Year-Old Girl Builds A House, And Her Reason Will Hit You...

23 Genius Ways To Repurpose Junk You’re About To Throw Away....

8 Simple Hacks That Will Add More Storage Space To Your...