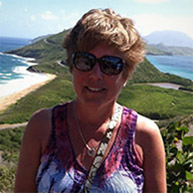 So I’m hosting an open house of a nice ranch in the country with some peek-a-boo lake views. Lots of people in attendance. Lots of great comments.

One older couple was lingering for a really long time. Mrs. Buyer kept saying to Mr. Buyer how much she liked it and how she could see spending the rest of her life there. The crowd thins out til it’s just me and the delightful older couple — my new favorite people in the whole world (as you’ll see why)!

Mrs. Buyer asked if they could tell me a story (Mr. Buyer adds that they already know I don’t have another open). Of course I oblige.

Mrs. Buyer then tells me that 39 years ago her husband got cancer and they gave him six months to live. She said as they left the clinic that day, she told him, “Don’t you dare leave me — we have two kids in college and a mortgage.” As they approached their car, she spotted a shiny penny on the ground. She put it in his rosary pouch and said to leave it there until he is better. Obviously it worked. Some time later they took a long drive back to the clinic and put that shiny penny right back where they found it.

By then I was crying… they were sooo cute and their story sooo touching. Then Mrs. Buyer asks Mr. Buyer, “Can I tell her the rest of the story?” I’m begging her at this point, hanging onto every word. She continues and says they built this house. The same one we were standing in. The house I needed to sell. They built it in 1969 and raised their kids there.

Then they asked if I could I come look at their condo and help them sell it so they could move back to their real home. 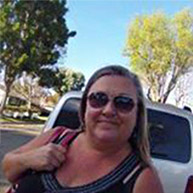 Please Don’t Go In That Closet!

One day I was out showing homes with a client & her two daughters. We went into a home with quite a few family members, going through each room until arriving at a back bedroom. It was an older home, and this room had large wooden closet doors over drawers, so about a foot off the ground.

As I reached to open the closet door, the teenage girl who was walking with us said, “Don’t open that, my mom is sleeping in there.” My jaw just dropped, arm froze. What do you say to that?! The teenager proceeds to tell us that her mom is sick and the closet was the only quiet place to sleep! My clients & I just look at each other. No words. We get in the car and just start busting out laughing.

We still laugh about it whenever we talk. 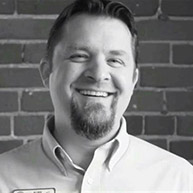 I was doing a showing on a particular house. This was the second time that I had brought my buyers there. It was beautiful! Nice updates, big fireplace in the living room. Nice winding deck out back. Backyard slope down to the river. Just a magical house!

On the second visit, my buyers decided to bring a contractor with them. They were thinking that it would be a better idea to get a second opinion on remodeling and the price before they actually bought the house. The contractor decided to check the entire house from top to bottom. He went into the basement and around in the crawl space, checked out the garage, and the wiring, and the flooring, and everything else. Had to go out to his truck to get a ladder so that he could get in the attic access off the second floor.

When he returned with a ladder he climbed up into the attic… and after about two seconds he squealed and then started laughing. My buyers, who were younger couple, asked him what was so funny. He said, “There’s something up here that you should probably see.” And then he dropped a snakeskin through the hole for us to see. It was four foot long, and according to the contractor, there were 40 more just like it up in the attic.

The most difficult thing to figure out was where was the snake that had made them? He couldn’t find it anywhere. I stood there and laughed with him and the buyer husband, as such things have never bothered me. His wife literally ran screaming from the house. She did this weird little dance out in the front yard like she was covered in spiderwebs and decided at that moment that she would never own this house. 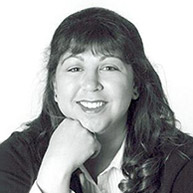 The Polite Ghost with a Sense of Humor

I was showing a house in Old Colorado City, Colorado Springs. My clients and I had walked the home, with its “interesting” floor plan and marijuana plants, and converged in the kitchen in the center of the home. I was chatting with my buyer and was about to ask him a question, when I heard a different voice from behind him start laughing softly.

My eyes got big and I calmly asked my client, “Did you hear that?” He answered “Yes, I did.” I replied, “Okay, well, we can go now!” And we skedaddled right out of there! The clients weren’t put off by the experience but ultimately bought a different house — much to my relief!

6 Ways Your Real Estate Agent Is Like Your Best Friend

20 Tweets That Explain The Realtor Life All Too Well

6 Things You Shouldn’t Ask A Real Estate Agent Over Thanksgiving...

24 Examples of #RealtorIssues That Prove This Job Is Not for...