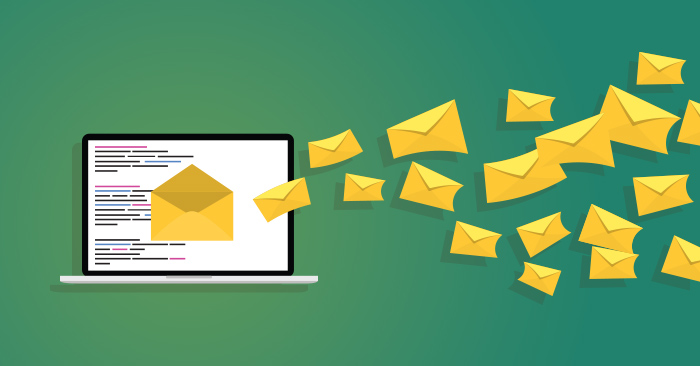 There are tons of ways and places to market yourself as a real estate agent, but email marketing has to be one of the best for a bunch of reasons:

The problem is, most people who dabble in email marketing don’t take enough care and use those reasons to their advantage. They just grab any email address they can and send them all the same stuff, and it’s usually pretty boring or annoying stuff at that. That’s the quickest and easiest way to get your emails deleted before they’re even opened — and also a good way to get flagged as spam.

So let’s look at 10 tips that’ll help you get people’s email address, get them to open their email, and help you cultivate conversations that nurture leads and prospects into clients.

Many real estate agents tend to throw any email address they get into their database and just send them stuff. For instance, just because you have access to a list of email addresses from your kid’s sports team doesn’t mean they want to see marketing emails from you.

One of the main reasons people unsubscribe from an email list, or report it as spam, is because they don’t feel like they gave permission to the sender. Truth is, even when people give permission, they forget or regret having done so. So do your best to make sure you get a person to buy into you sending them emails before you start emailing them.

2) Don’t treat everyone the same

Don’t send every single thing to every single person. Take time and care in making sure you aren’t sending a prospect, past client, or sphere of influence something that has no relevance to them.

It might take some effort for you to figure out who should be receiving what, but it’s better than putting it on them to open it and figure out it’s of no interest to them. Do that one too many times and they won’t want to open even the most relevant thing you send them in the future!

A good way to get people to want to give you their email address is to have something valuable to offer them.

Many agents lead with an offer of a newsletter, which can work, but it’s kind of broad. You’ll have better luck if you have something super specific to offer. For instance, a guide or booklet that touches on topics such as:

Those are just a few ideas to get your juices flowing. The point is, you want to have something specific that will appeal to a particular type of prospect, lead, or anyone else you meet, that you can offer to send them if they’ll simply give you their email address.

It can be anything from a short list you whip up, to a more detailed booklet or guide. Just make sure it’s valuable information! Make them glad they gave you their email address, and anxious to see anything else you send in the future!

Want 20 different guides that’ll do just that? They’re already professionally written and just waiting for you to put your branding on them! Check out our Inner Circle membership for more info.

Once you’ve gotten their email address and sent them something they want, follow-up while the iron’s hot! For every guide or other goodie you have to offer, create a series of follow-up emails you can send over time after they receive your first email.

You should have one that you send not too long after, just making sure they received it and are enjoying it. There’s no magic number as to how many you should create, but shoot for at least seven. Stretch them out over a couple of weeks to a month, so you have a solid base of initial contact with the person, and ideally develop a back and forth conversation that turns them into a client, or at latest someone who gets value out of the emails you send.

It takes time and work to craft that many emails for several different offers, but the upfront work is way better than writing a new email to every single person, every single time after you send them a freebie. Plus, do the work once, and you can use it again and again, and even automate it by popping it into an email service like Mailchimp, Aweber, or your favorite CRM.

Note: Every one of the guides we have in our membership mentioned above comes with a follow-up series of emails already written for you.

Part of the beauty of email marketing is that it’s more personal and intimate, so you can (and should) write in a more conversational tone. You should certainly sound professional, but don’t sound stuffy or boring (i.e. like 99% of all other agents).

Pretend you’re writing to someone you’re familiar with and just type what you’d simply say to them if they were right in front of you. Bonus points if you can throw in some wit and humor if it’s appropriate for the subject of the email.

How long should an email be? That’s the million dollar question. As short as possible is probably the best answer, especially when you first start emailing them. You don’t want them feeling like they’re opening a novel every time they see an email from you in their inbox.

At the same time, it has to be long enough to get your point across. So write as much as it takes to do that, and then go back and see if you can tighten it up.

That said, people will read a well-written, valuable, and interesting email, so don’t shy away from throwing one in here and there if need be.

7) Spend time on your subject line

Before someone even opens up your masterpiece of an email, you need to win them over with your subject line. Here are a few hints for writing good ones:

8) Make it more about them

People are bombarded by emails. Nobody wants to read emails, unless they have to or they’re going to get something out of it. Unless you’re in the middle of a deal with them and there’s something they need to open and read, they don’t need to read your marketing emails.

People get enough stuff they have to read and respond to, so when they’re looking at a full inbox, they don’t need much of a reason to delete your email with a batch of others just to clear it. So make sure everything you send them benefits them more than you. If you’re sending something that whiffs of self-promotion, or humble bragging, you’re wasting their time. Make sure it’s something they can use now or in the future.

Another big reason people mark email as spam or unsubscribe is because they get too much email from a sender. So be careful not to flood them with emails. But what defines “flooding”? It varies from person to person.

Think about how often a particular person would want something real estate related. For example, if they’re a past client or someone in your sphere, they probably don’t want to see an email every few days from you. Once every few weeks to once per month would be good for them. But if they’re a hot prospect you met at an open house and just sent a buyer’s guide to, you can send something every few days.

Use your judgment and adjust how much, and how frequently you’re sending something to a person as their status changes over time.

Make sure each of your emails has some sort of call to action. That doesn’t mean selling them on buying or selling a house each time! It simply means try and get them to respond and get a conversation going.

Will everyone hit reply every time? Nope! Probably a lot less than you’d hope actually. But that’s fine. Simply including something that shows you’d love to hear from them about their opinion or any questions they have shows that you’re real and available when they want or need you.

That probably sounds like a lot to tackle! Don’t get overwhelmed. Start by writing email templates for the types of prospects and clients you want to attract more of, or tend to deal with most in your business.

It’ll take some time and effort to craft emails that people will want to read, but once you’ve written a winner, it’ll be there for you to use for years to come. So carve out the time and start writing! Do a little each day, or clear your schedule and make it a project you tackle from beginning to end.

Or, if you want a way easier and quicker solution, check out our Inner Circle membership and get access to: