There are a lot of unique homes out there. Some look plain from the outside but are spectacular inside. Some flag you down from miles away by their ever pervading visual presence. Then, there are some that seem like they are straight out of a fantasy novel.

One such example recently sold on the market for a cool $920,000. Before you lose your jaw on the floor, the home was originally listed for $1.2 million. This place has been dubbed the “Mushroom House,” (not related to this one), “Flintstone House,” and “Smurf House.” What makes it so amazing to warrant the titles and hefty price tag?

This home, featured in Bethesda Magazine, is basically a wizard’s polyurethane castle. 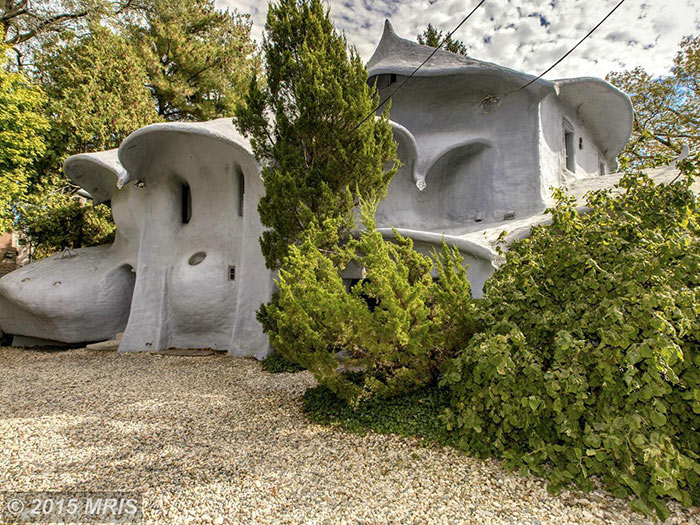 This unique home was bought by Edward and Frances Garfinkle back in 1967.

The renovation by Roy Mason (called “The Marshmallow Architect” by The Washington Post) lasted three years. Probably because it took him that long to finish reading the Lord of the Rings for inspiration. 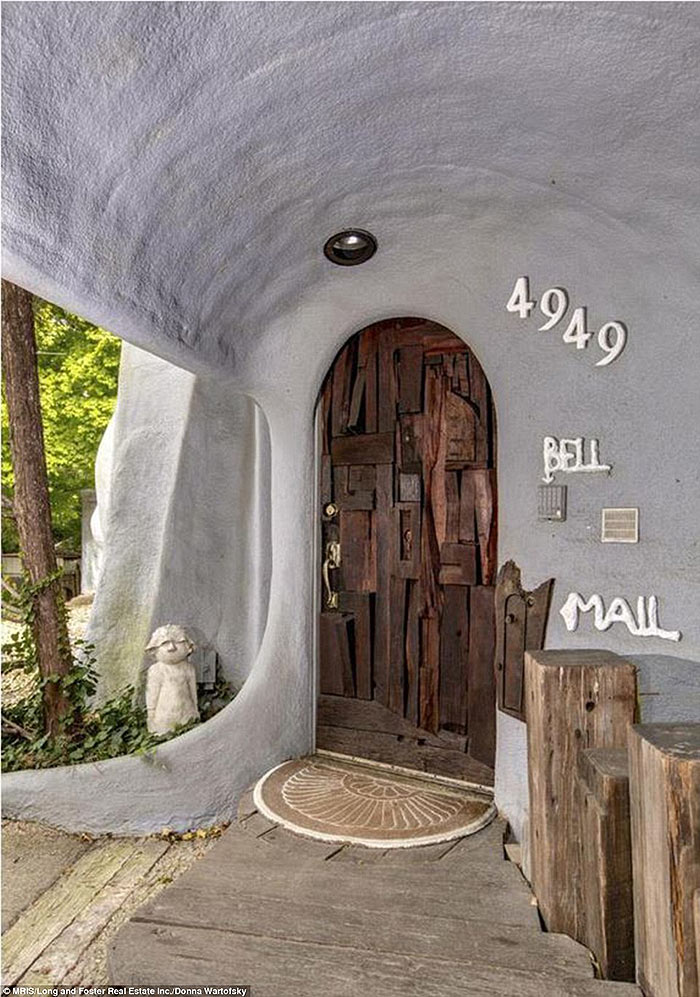 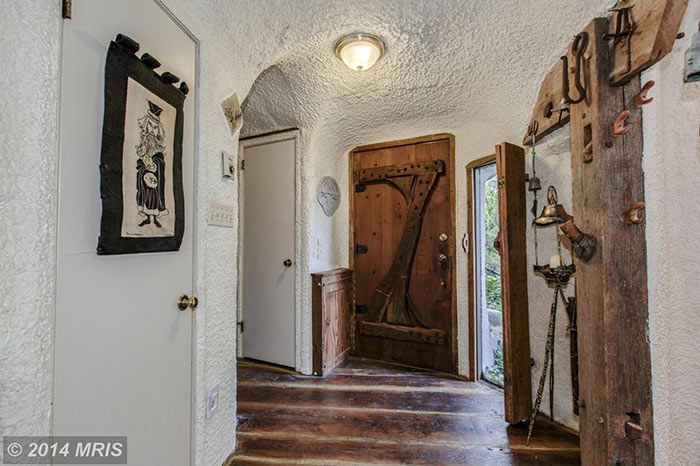 It was a relief the home sold for so much…

Mr. Garfinkle reports that the renovation costs ended up being more than he expected. It nearly ruined them financially. Forty-eight years later, I’m sure the $920,000 valuation was a breath of fresh air. 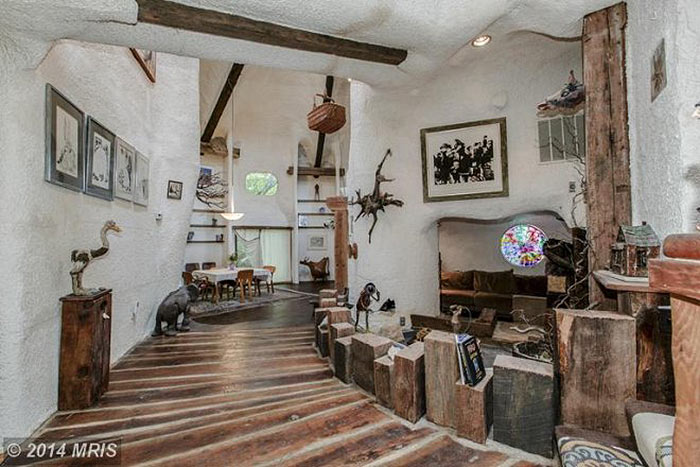 On top of that, there were some mishaps during the renovation. One example was an accidental spraying of a neighbor’s car with the polyurethane foam. 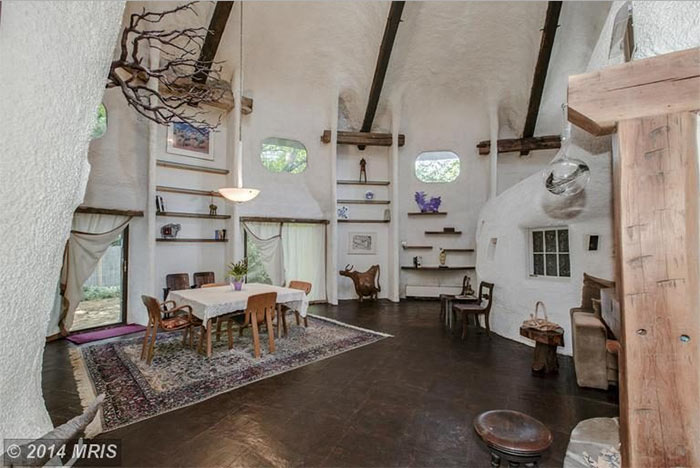 Located at 4949 Allan Road, Bethesda, Maryland, this home has added an element of awe for those passing along the otherwise monotonous neighborhoods in the area. 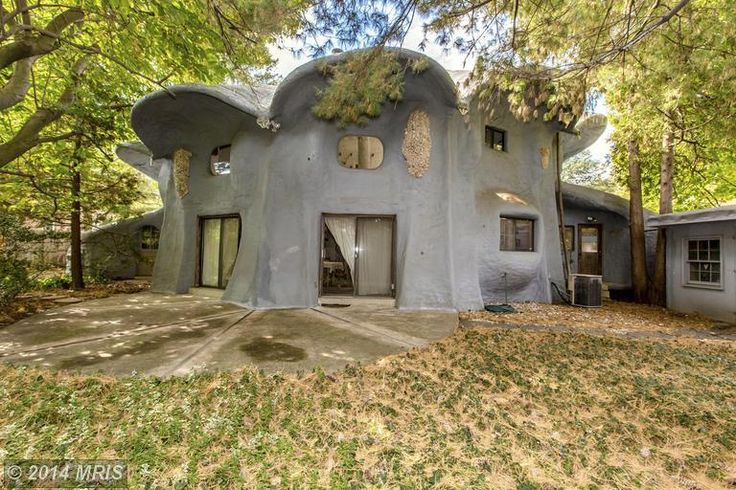 The structure is 2,672 square feet of fantasy, seated less than a block from the DC/Maryland line. 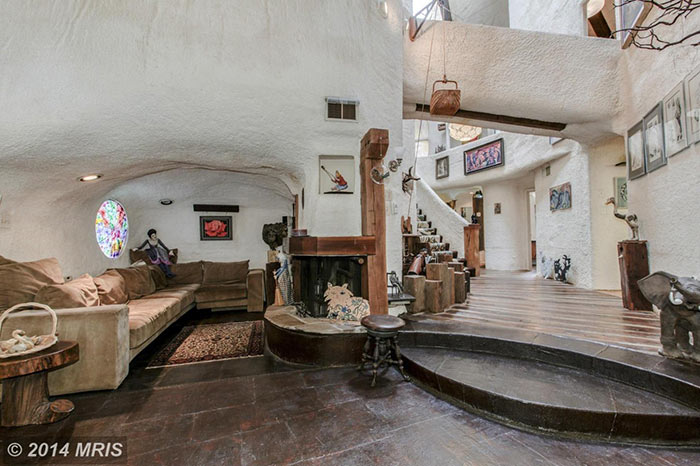 Some of the ceilings are 30’ high. 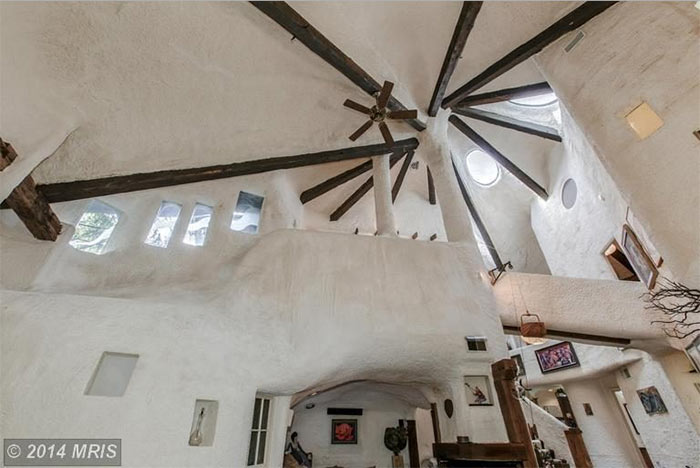 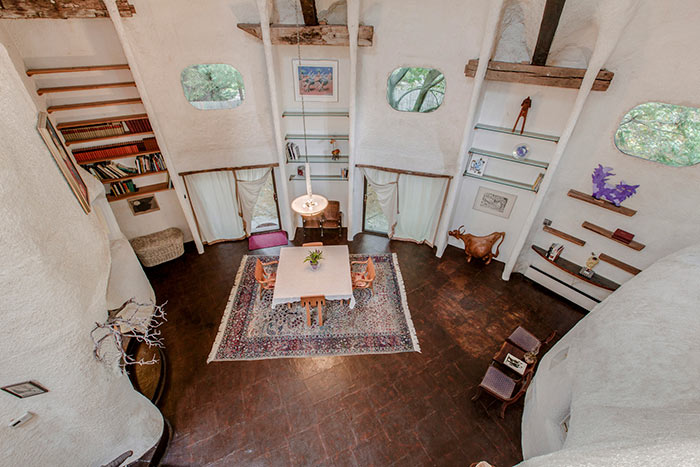 Despite the exterior colors, the house is quite bright on the inside. 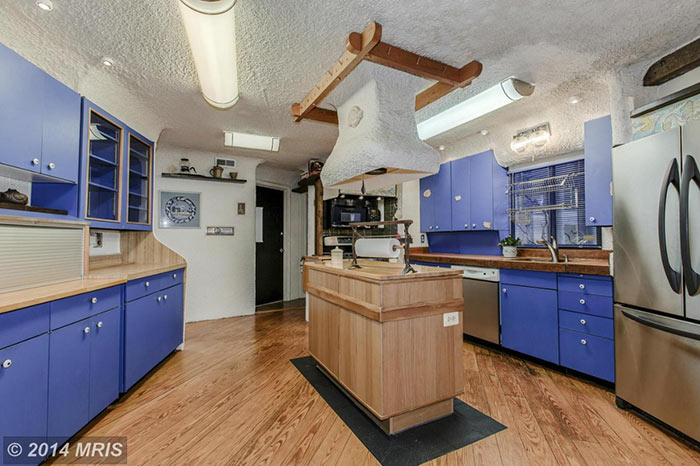 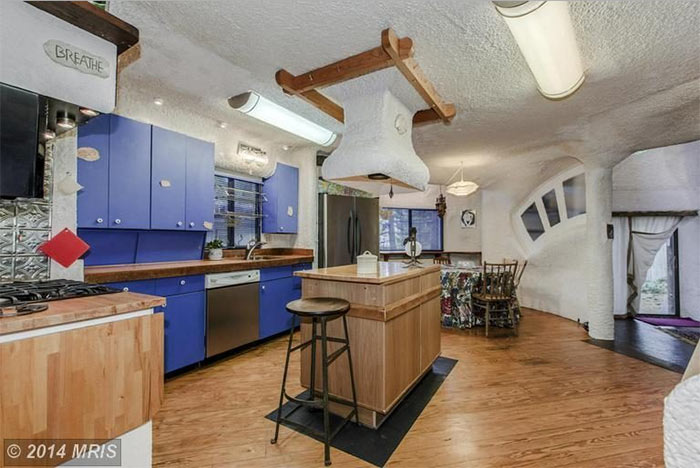 The windows and skylights are cleverly placed. There is apparently even an indoor pond. 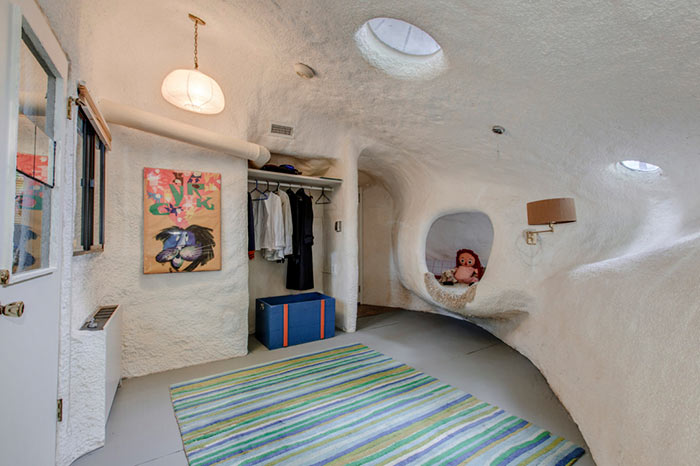 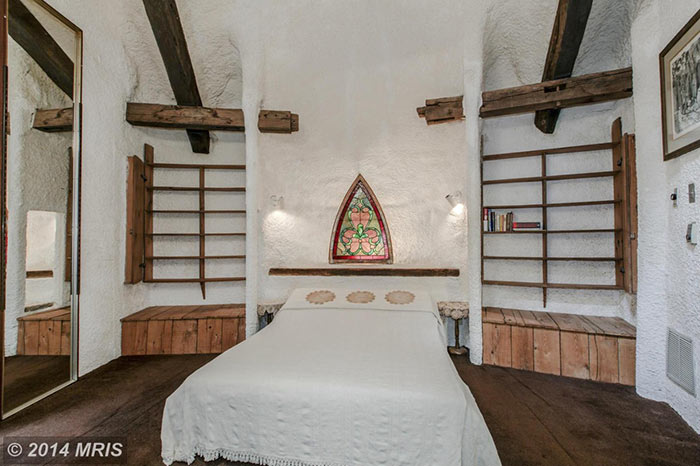 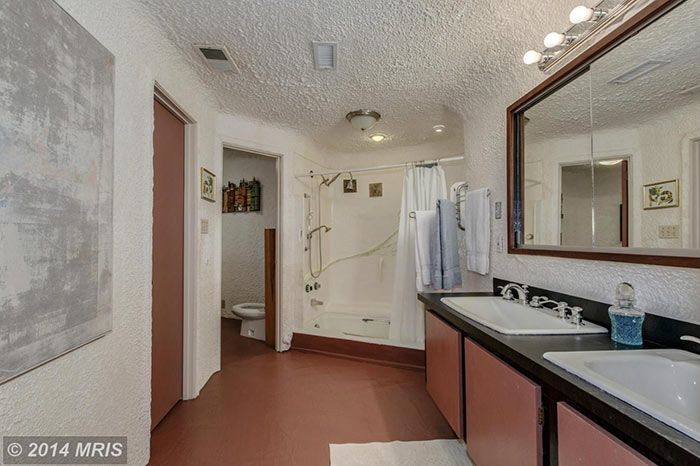 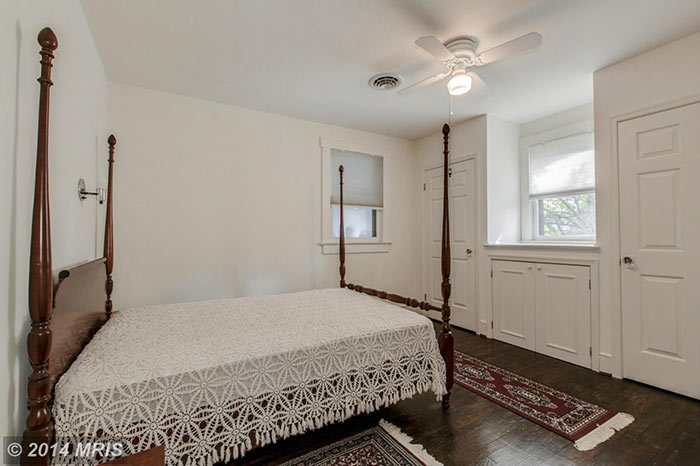 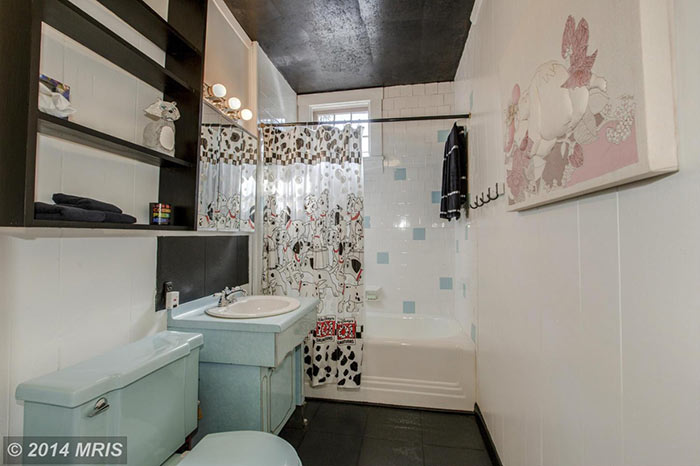 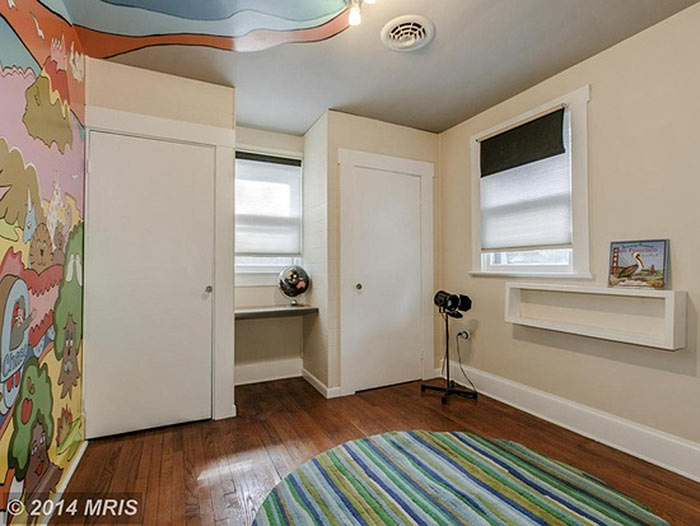 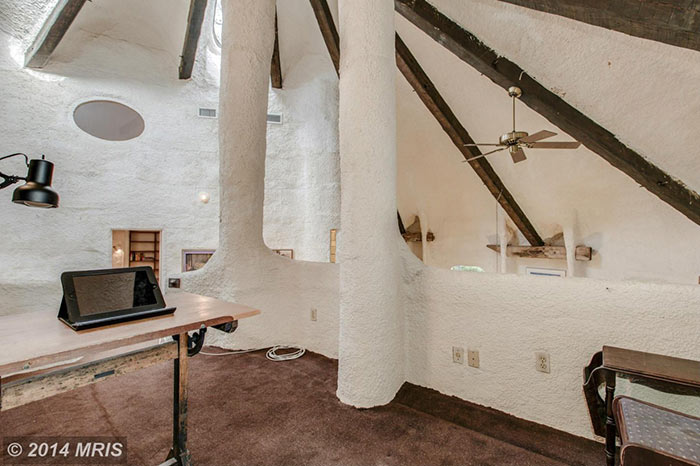 Some of the views in this place are simply astounding. 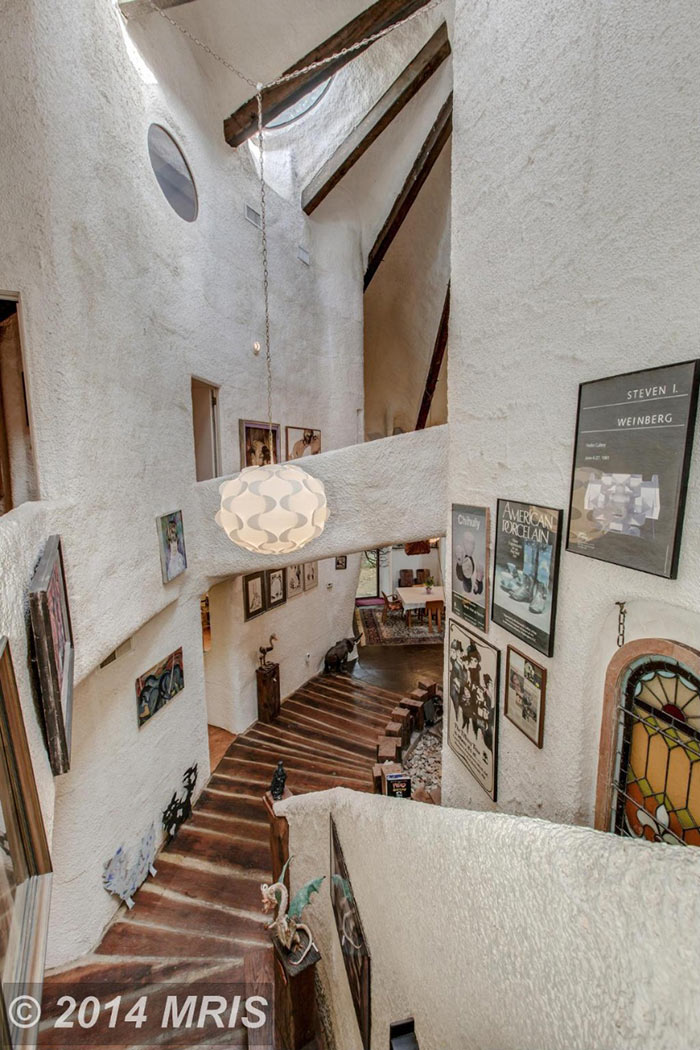 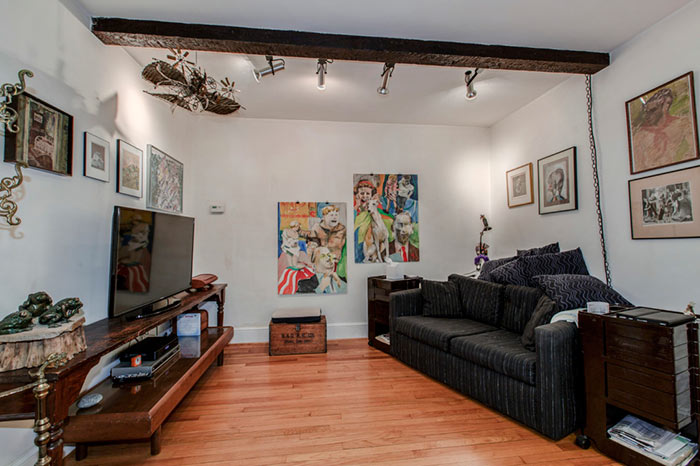 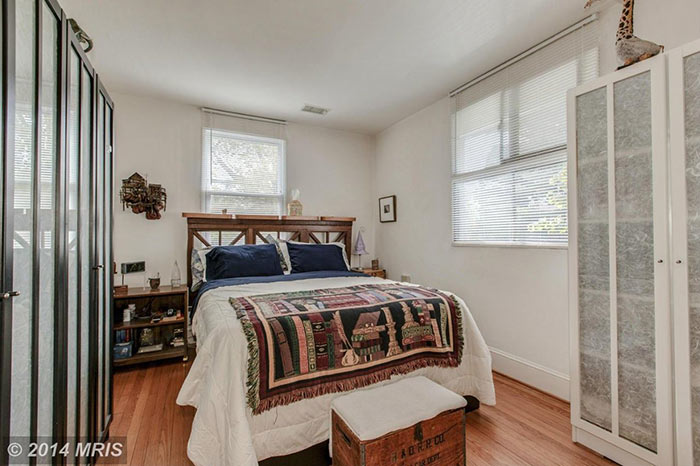 Even at nighttime, this magical home gets plenty of attention.

As Edward Garfinkle stated, “One good thing is that it probably slows the traffic down on our street. The cars don’t go flying by as much as in the rest of the neighborhood. It’s better than a speed bump.” 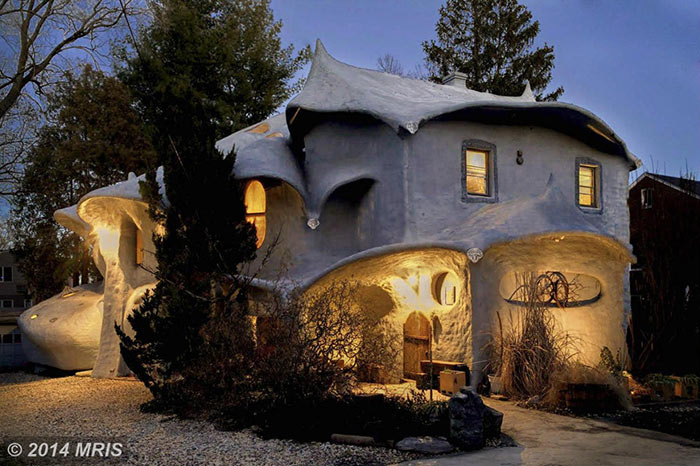 If you liked this mushroom house, check out this other one:

24 Tiny Bathroom Ideas That Are Big On Storage And Style

12 Ninja Tricks To Make Your House Seem Cleaner Than It...