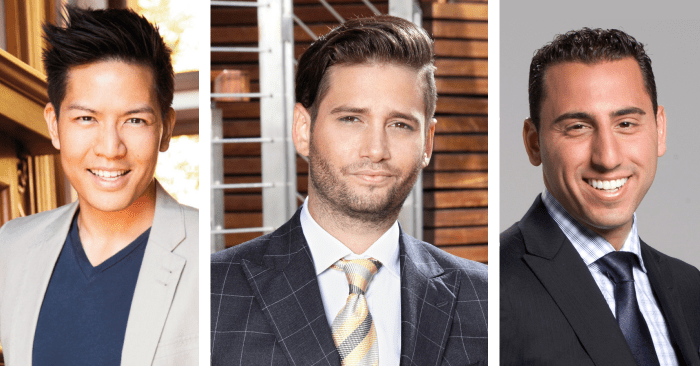 As a consultant to high-level salespeople, I’m in the uniquely fortunate position to have met (and personally worked with) Katrina Campins, Fredrik Eklund, Josh Flagg, Christophe Choo, Herman Chan and Josh Altman. All in the last few months, too. These brokers have sold tens of billions of combined dollars in real estate.

As I’ve interacted with them, I’ve listened intently for the commonalities they share. Whereas most people look for magic bullets, I scope out proven methods that I can learn from and share with others. While some people in my shoes may use an agent’s time to sell themselves, I use it to learn what made them successful.

I’ve carefully observed each strategy, tactic and method these agents use. I’ve asked all the right questions and received answers whether they’re the ones I was looking for or not. I can tell you there are three distinct characteristics that separate a billion dollar producer from a million dollar producer.

1. They DO NOT miss phone calls

The first thing I’ve noticed among all of these power brokers is that they don’t miss calls. I’ve sat in business meetings with all of these agents in person. I can tell you they all stop what they’re doing for their clients. We could be in the middle of a fifty-thousand dollar commission negotiation, and if one of their clients calls, they stop and take the phone.

For example, when I was in Beverly Hills with Josh Flagg, we toured luxury homes with 14 or so agents from around the world. Despite being on a tour bus in the middle of LA, Josh still had us stop twice to help his client negotiate on a $14MM property.

When I met in Josh Altman’s office, he took three phone calls that were his investors looking to buy property. On another occasion, Christophe Choo and I were having a blast at Villa Blanca, but he left to go show at $65MM property. If he hadn’t answered the phone, he would have missed out. However, he puts business first and that’s why he sells as much as he does.

Let me ask you this: If you can’t answer the phone for 150k buyers, how can you possibly present yourself as “on top of it” to million dollar buyers?

2. They brand themselves in an unmistakable way

The second trait that they all have in common is their branding. You can’t catch a whale using the same bait you go fishing for minnows with. In other words, if you wear jeans and a t-shirt to appointments, you’re not going to attract the lawyer with a $100MM net worth. All of these big-time agents live out their brands. It’s not just a work brand, it’s a life brand.

When I met Katrina Campins inside some swanky recording studio with more platinum CD’s on the wall than I could count, she looked exactly like her Facebook and website photos. When Fredrik Eklund and I created his web pages for the mastermind, his biggest concern was what images and styles we used. He told us, “I’m a brand, and I will only put stuff out the public that lines up with my branding.”

Josh Flagg wears fancy slippers. Fredrik has funny socks. Herman’s brand is all about his personality. He knows that his wealthy, techy clients appreciate a good laugh and entertaining time. They all have something that serves as a sneak peek at who they really are, but their brand is what comes first.

Let me ask you this: If a wealthy hedge fund manager saw your ad somewhere, would they think you could handle their $10MM home? Or would your branding (or lack thereof) fail to win their confidence at first glance?

The third thing these closers all have in common is they take massive action. I’ve asked each and every one of these fine folks to tell me their story. They’re almost all identical. They had a dream, took action on it, and stuck with it until they got what they wanted. The relentlessness of their hustle is amazing.

While the average person is trying to put together a plan and then execute it, these top producers took action and made up the plan as things happened for them. Josh Flagg told me about how he knocked on all of his grandma’s neighbor’s doors to get business. Fredrik told me a story about how he called developers every day for four years before breaking into the market. Herman made hours of video before he caught on.

Whether it’s embracing new technology, knocking on doors or calling your ass off, they all took massive action over and over again until they got what they wanted. They never gave up because they knew their competition would give up and eventually they’d win. And they were all right!

Let me ask you this: Why write a business plan when you can live one? Sure, it’s ok to put a plan on paper, but only putting a plan into action will get you results.

Next time you wonder what it takes to move your career to the next level (whatever that may look like for your situation), look at these three traits and ask yourself if you’re doing what it takes. The facts never lie. They may not reveal what you want, but they won’t lie to you.

7 Ways Shopping for Real Estate Is Like Applying To College

What’s Driving Millennials To Buy Homes, and What Are They Looking for?

6 Long-standing Decor Trends That Won’t Stand the Test of Time...

5 Ways To Protect Yourself When Out Showing Homes To Strangers

8 Mistakes First-Time Home Sellers Make & How to Avoid Them

4 Ways To Rock As A Real Estate Client

11 Reasons Why A Real Estate Agent Would Make The Best...

Priceless Moment Captured On Video As Son Reveals He Paid Off...

21 Photos That Prove Real Estate Is Like a Box of...