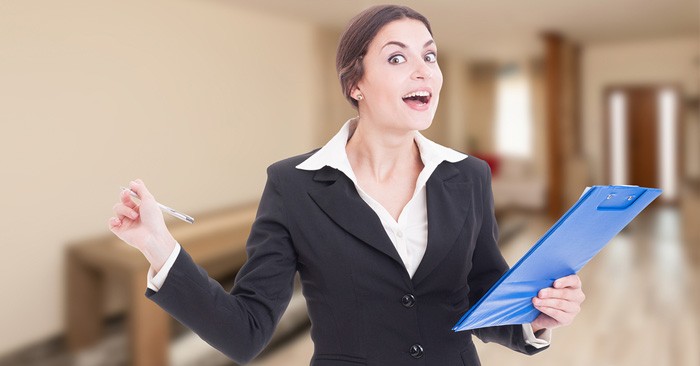 Do you love looking at houses?

Awesome. You are going to be perfect for this business. I mean, it’s not the only thing you’re going to need to love, but this is a huge step in the right direction.

Because you’re going to be looking at tons of them! (As long as you work super hard and find lots of people who are looking for homes and agree to work with you as their agent…but let’s not bog down on that right now. That’s just a minor detail we can get into some other time.)

Even if you don’t have tons of clients when you first start out, once you become an agent…(once you have your license, and pay your dues, and pay your MLS fees, and get yourself a keypad, and a handful of other expenses I just don’t want to scare you with right now…) you can spend every day just going out to look at homes by yourself.

That gets old pretty quickly, though. And you start to wish the homes you were looking at were actually making you money to pay for everything it takes for you to be able to go out and look at homes.

Don’t sweat it. Eventually you will find people to show homes to. Lots of them!

I should clarify that… Not necessarily lots of clients. Maybe just a handful. But that handful of people will want you to show them lots and lots of houses.

You’ll show the people you work with way more houses than you ever sell. After all, each client is probably only going to buy one of the many houses you show them. (You’ll actually work with way more clients than you actually ever sell a single house to… Many people will never even end up buying a house at all, even after you have worked with them for months… But we’ll get into that in another article about being a “people person”.)

It’s probably not a big deal, since you love looking at houses…

But, you’re probably going to show one particular house somewhere around 11 times. To the same client. And their extended family. And some guy named Frank.

But, they will not be so sure.

So, they will ask to go back for a second look. Which, of course you will do. You agree that they should see the home again, this time, “when the sun is in the East”. Makes sense… Nobody should make an offer on a house until they have seen it with the sun hitting it from the East.

It was worth it. Because now they are 68% sure that this house is “the one”.

One more visit should do the trick. You will take them back again so that they can take some measurements. They ought to make sure that their furniture will fit before they pull the trigger.

Looks like everything will fit! This is good. They are now 93% sure that this is the house for them.

They won’t make an offer right after that showing. But only because it makes sense for their parents to see the house. Unfortunately, both sets of parents can’t make it on the same day and time. So, you get to go show the house two more times.

After you go look at the house two more times, you breathe a sigh of relief. Both sets of parents have given their blessing. (Someday you will appreciate how unlikely both sets of parents give their blessing. But this is another one of those topics for another day and another article. Let’s not muddy the waters with that right now, because…) Now your clients want to make an offer!

Right after you show them the house one more time. This time with Frank.

Frank is the buyers’ dad’s friend from the bar. Frank is a contractor. Not officially. I mean, he isn’t licensed. And he doesn’t actually have a construction business. But he’s “handy”. He can do anything around the house. So, they just want him to take a quick peek at the house before they make an offer.

No biggie. Just another reason for you to look at a house. Which you love doing. So, whatever… So, you go show the house to your clients and Frank…

And it is a good thing you did!

Turns out, Frank thinks that buying this house would be a big mistake. He finds tons of things wrong with it. Too many to list. Most of it you can’t actually see. Only he sees it. But trust him, he’s saving your clients from making a huge mistake. He can just feel it. Something’s just not right with this house.

Luckily, Frank knows a guy that has a house for sale that is in great condition. It’s not even on the market. He’s trying to sell it as a FSBO. (That means “for sale by owner”…sadly, you won’t be able to show them that house. The owner doesn’t want to deal with real estate agents.)

Your clients and Frank say goodbye. They’re going to take a ride over to check out Frank’s friend’s house.

They give you a call in the morning. Good news! They decided to buy Frank’s friend’s house! After one visit. Didn’t even need to see it with the sun shining from the East.

This would hurt a lot of real estate agents.

Fortunately, you just love looking at houses. So, you aren’t annoyed, let alone angry or hurt.

They gave you the feeling that you got to do something you love almost twice as much as you actually did it.

Hard to find another career where that is even possible.

17 Magical Homes That Look Like They’re Straight Out Of A...

Don’t Be A Decorating Fool, These 37 Cheat Sheets Are All...

© Copyright 2020 - Lighter Side of Real Estate
Do NOT follow this link or you will be banned from the site!
977shares