There are some people in this world that push creativity to the extremes — kind of like the Crocodile Hunters of the artist world. They seem to have infinite creative energy for every endeavour they find, with almost zero concern for what is considered “safe”, and somehow when it’s all said and done, manage to pull it off beautifully.

Kat O’Sullivan is one such person. Not only has she ventured as a baker, a translator, and worked with Mother Teresa, but she has pushed the boundaries of home decor to a level that most could barely imagine. Her homestead’s story is going viral. And the reason it’s going viral? Well, just see for yourself…

This colorful, Woodstock, New York farmhouse is known by many names. “Calico,” “The Rainbow House,” “The House that Sweaters Built,” and less officially, “Um, Wow!” 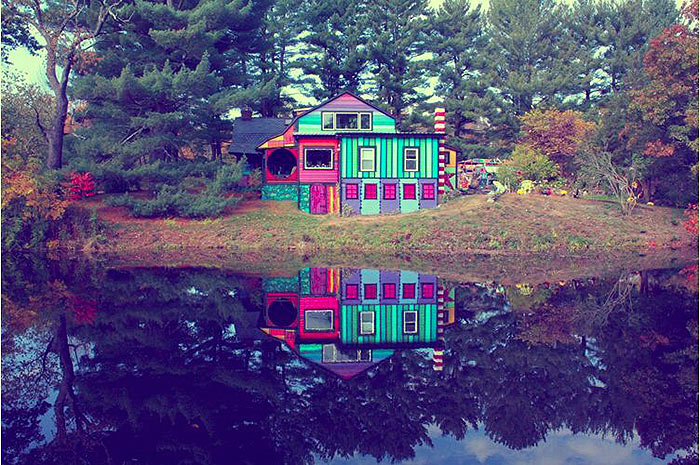 How often do you see a farmhouse, and then wonder if those mushrooms you ate weren’t store bought? 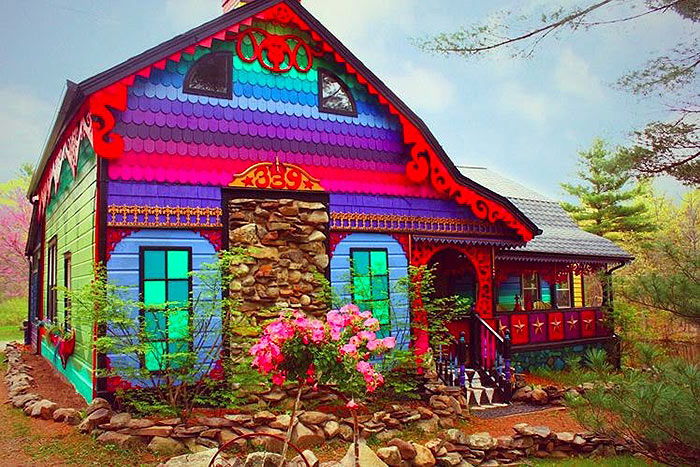 Believe it or not, this was the house before Kat dispatched her “rainbow elves” on it. 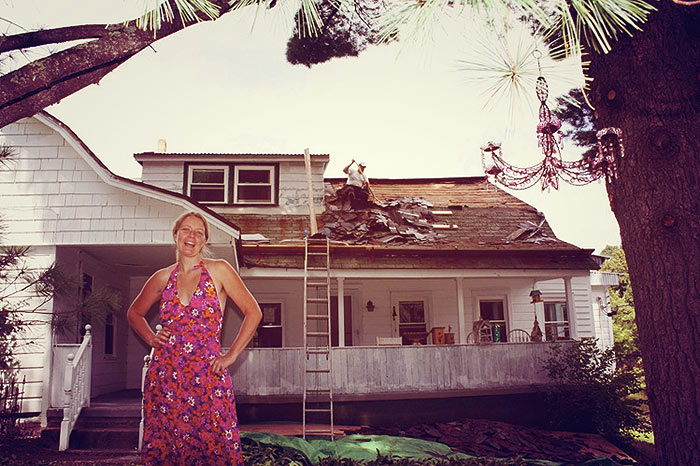 This is what happened after they satisfied their eccentric lust for colors. 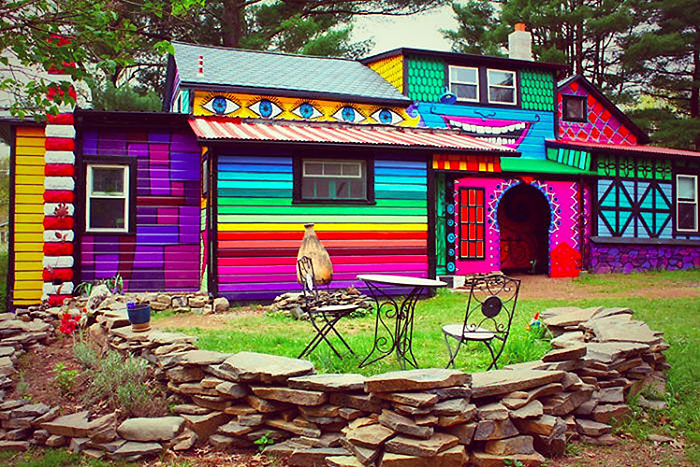 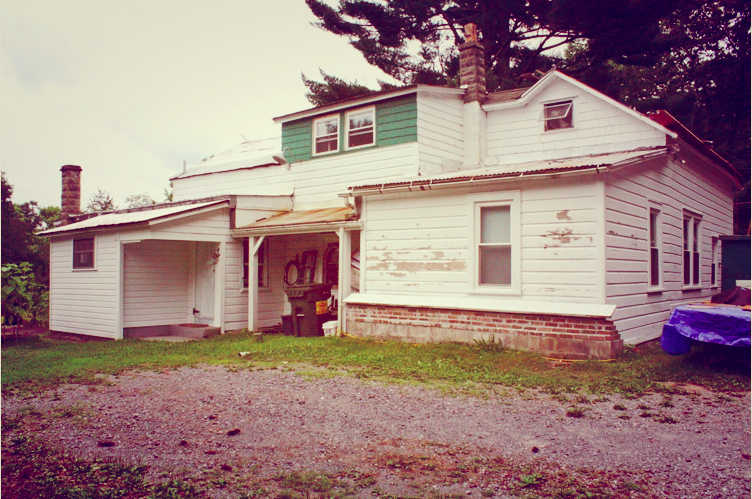 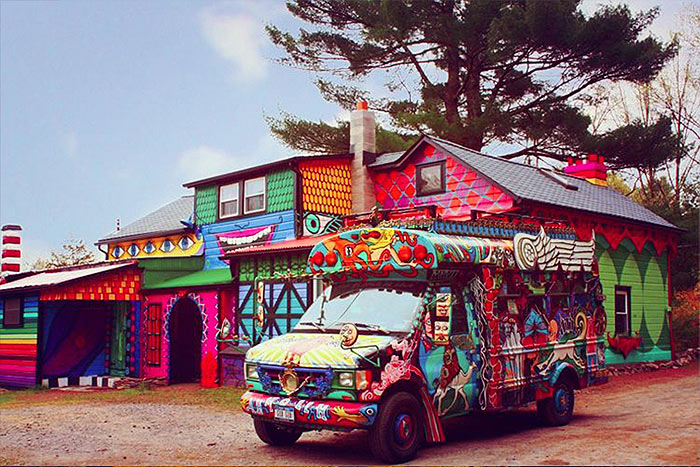 According to Kat, she just bought the house because she thought it was cute. 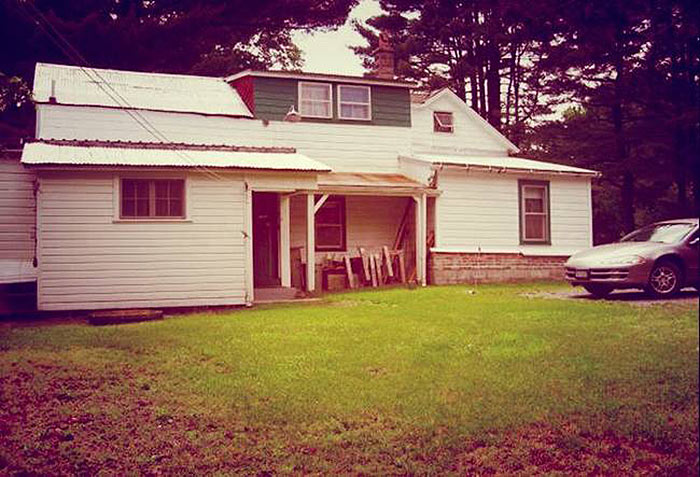 She reports once walking into the paint store and proclaiming, “Give me one of everything.” 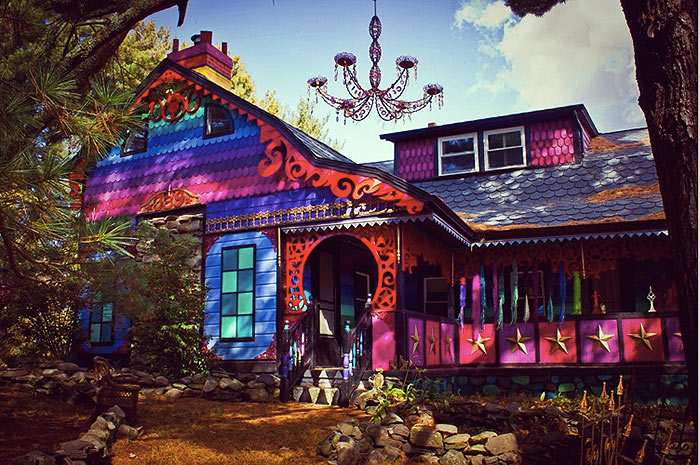 Now, this (originally unnoticeable) home is getting all kinds of attention. 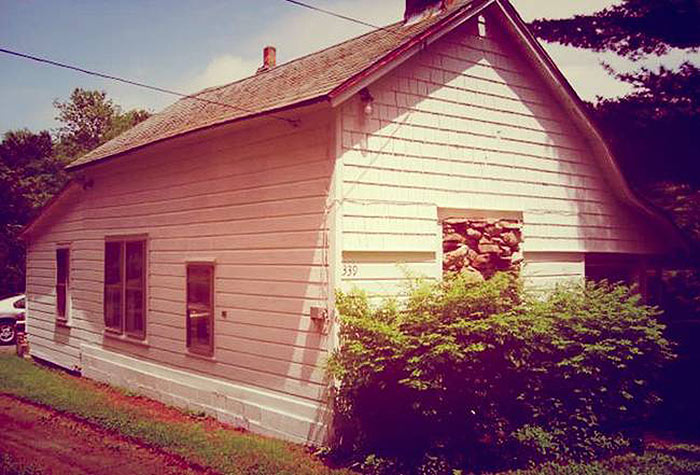 She’s even had random people stop and bring by cookies. 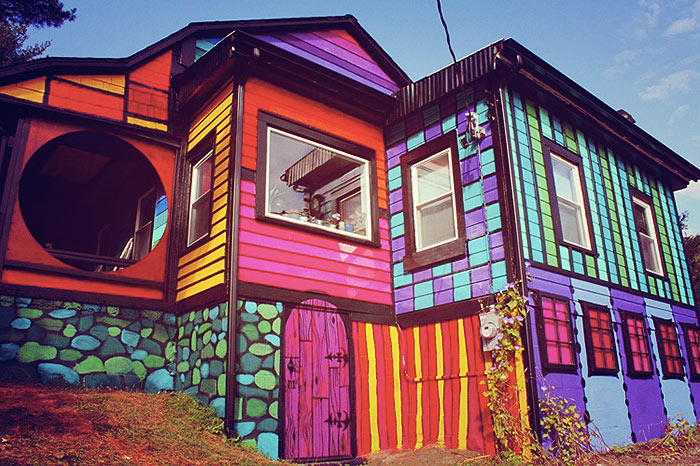 The dining room. On the left side, it looks a shrine built for a toaster? On the right is where Kat sits and answers emails. Probably a few from astronauts thanking her for adding more color to their view. 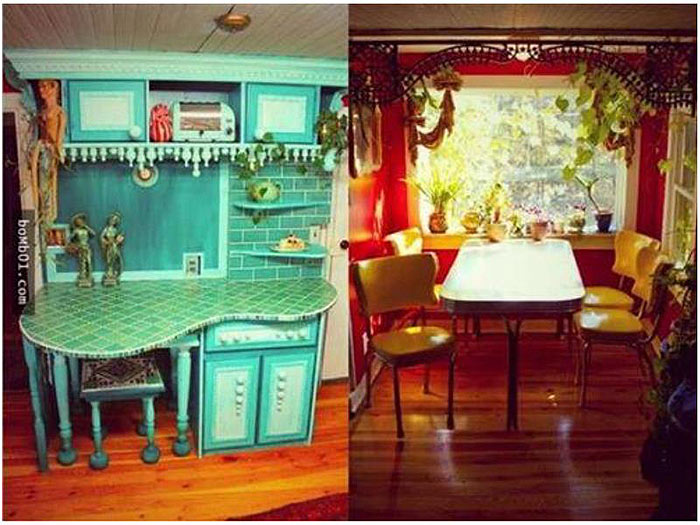 Kat mentions that these stairs are lopsided and dangerous. I’m not clear how adding extra vertigo with black and white makes them any less dangerous. She proudly reports feeling like she’s in an “MC Escher drawing” while holding the banister for dear life. 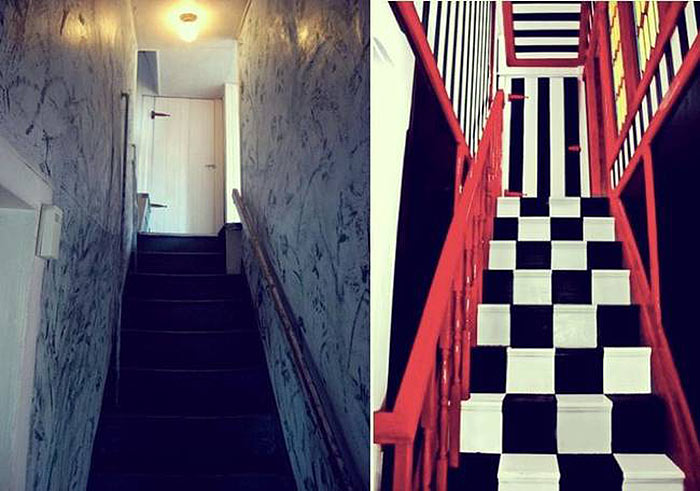 The first night, they tore up the kitchen linoleum. All eight layers, to be exact. They even found a newspaper from 1859! 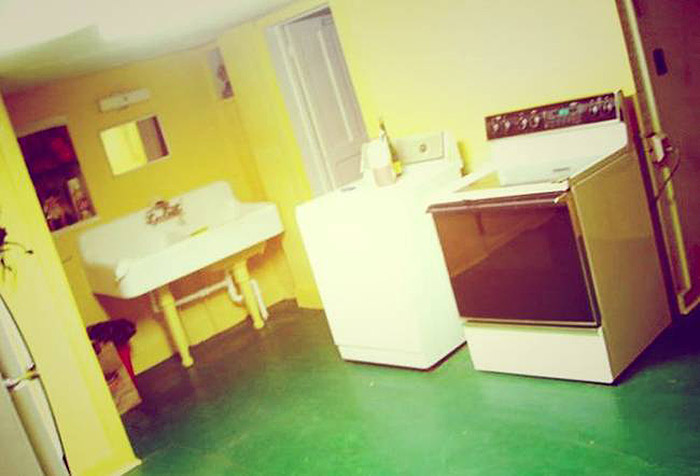 Now the kitchen floor is hardwood, and slightly patriotic. 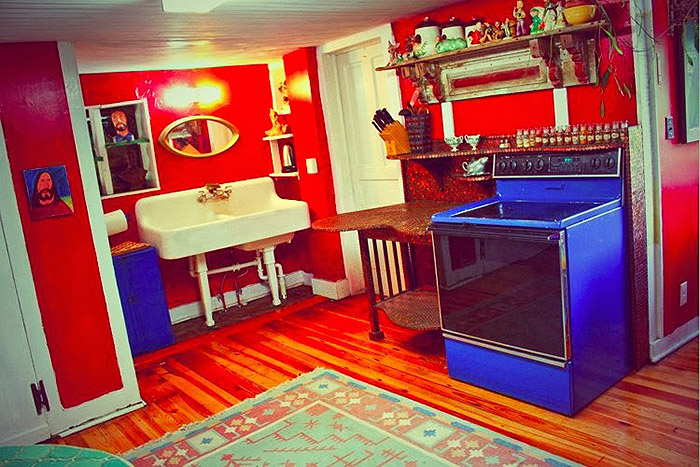 This is a bookshelf built for her husband Mason’s “nerd books”. 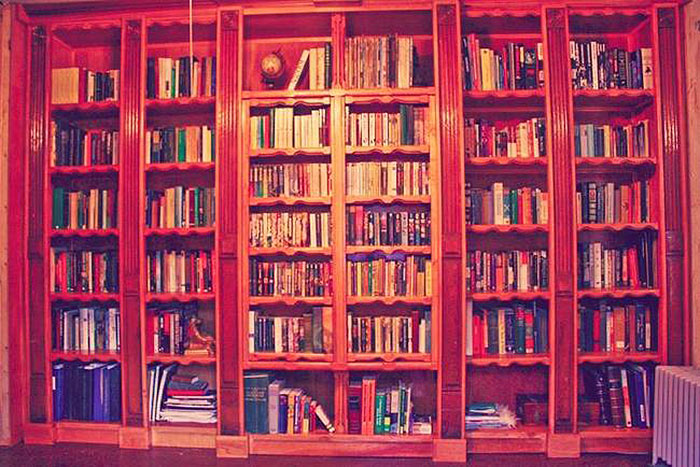 Just for reading, of course. And perhaps one other activity. Ahem. 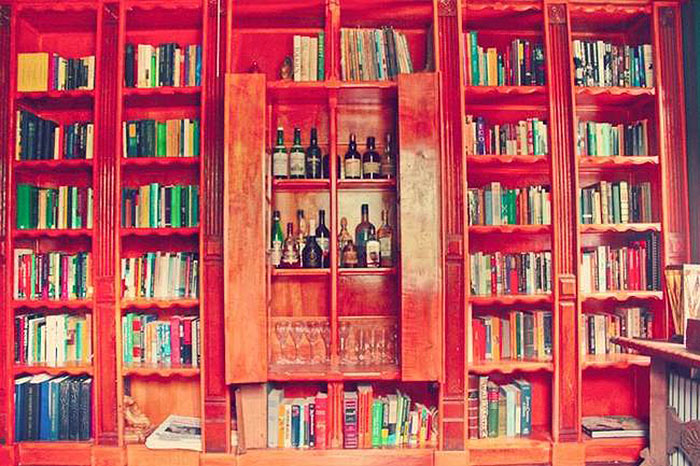 Here’s the attic before renovation. 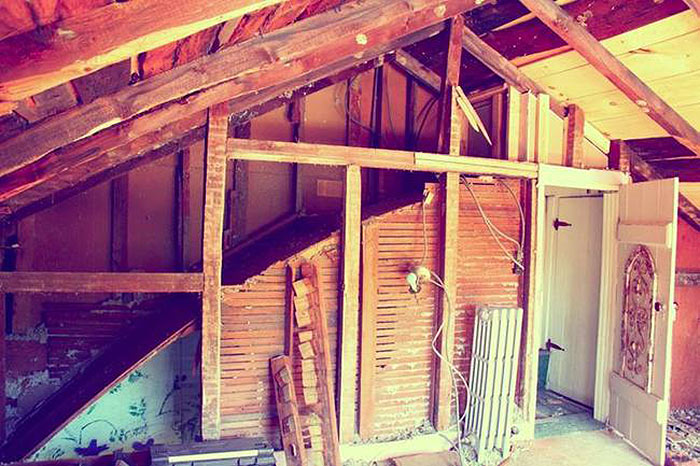 However, after, it’s the only room Kat proudly calls “calm”. 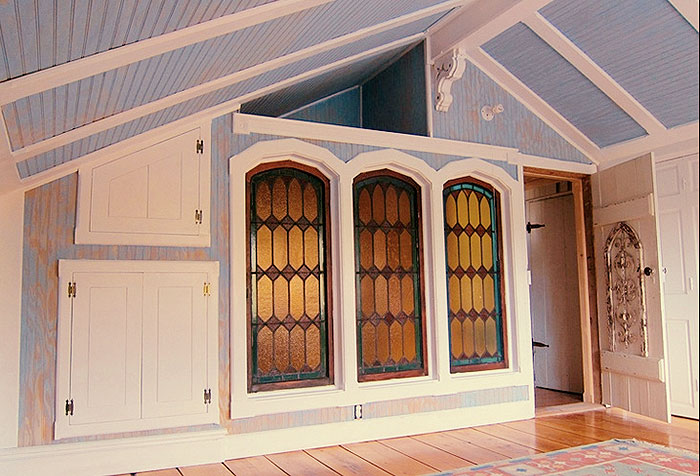 This room is known as “The Ballroom”. The dangerous thing about it is possibly neck strain from trying to keep up with all of the decorations while dancing. 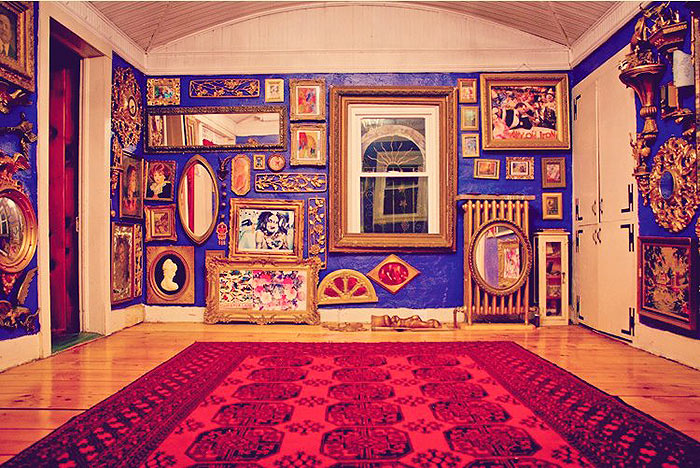 Here is the den. Colorful and comfy to boot! 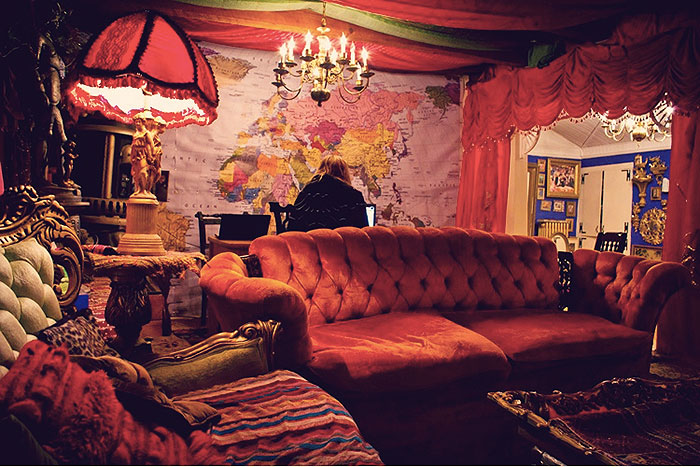 And of course, a hall of faces. What eccentric house is complete without something creepy? These masks are from Kat’s travels to Ecuador. They really contrast with the white room in the background. 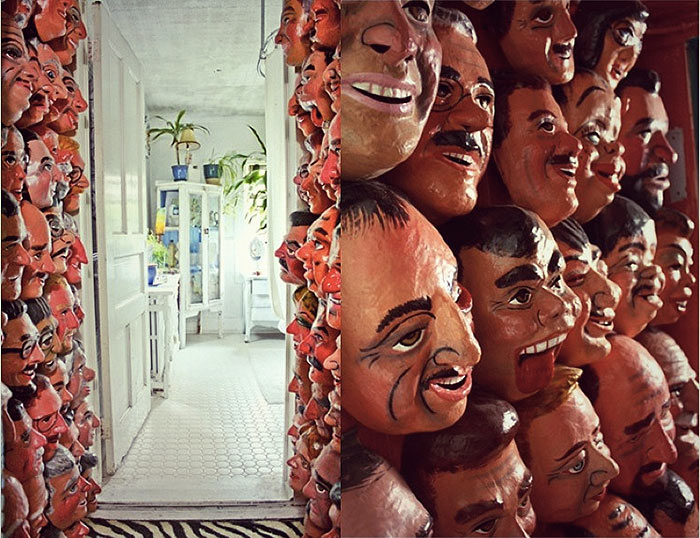 So, how does she do it? I suspect a family lineage of humans, unicorns, and mantis shrimp. But that’s just me. 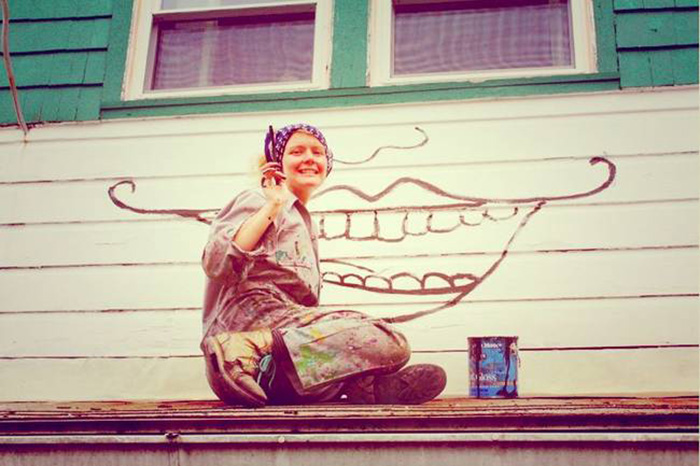 If you liked this one, you’ll love these:

Ready to Live Like a Royal? This Castle Is on the Market

29 Home Photos Taken by Agents that Will Have You Asking,...

10 Blatantly Salesly Real Estate Ads That Get a Pass ‘Cause...

© Copyright 2020 - Lighter Side of Real Estate
Do NOT follow this link or you will be banned from the site!
934shares