What happens when an 86 year old grandmother poses for some real estate pics? Apparently, it becomes a viral sensation! Yoli Ball and her husband are trying to sell their home in Davenport, Florida. Her 15 year old granddaughter, Makenzie Ball, tweeted some pictures of Yoli posing in various rooms of the home. “I thought they were hilarious. I was almost crying because I was laughing so hard,” Makenzie told Buzzfeed News. Within just a few days, the retweets had reached 15,000.

MY GRANDMA IS TRYING TO SELL HER HOUSE IN FLORIDA AND THESE ARE THE PICS I AM LAUGHING SO HARD pic.twitter.com/rONaIUyevS 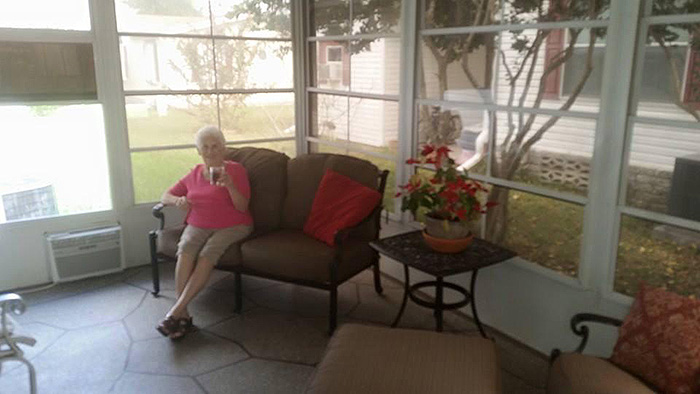 Grandma Ball didn’t mind. She’s happy her peekaboo photo and others are bringing so much cheer to everyone. “It was just a joke. We’re always doing silly stuff,” she said of the photos. Of the attention she said, “We’re getting a kick out of it.”

Yoli Ball’s daughter, Sandra, took the pictures. Makenzie Ball then posted them to see what the public response would be. It was an immediate win. Not only did Makenzie’s friends retweet about the photos, but Youtube star Rachel Whitehurst, and Grant Gustin, and actor on CW, retweeted as well. After that, it went viral. 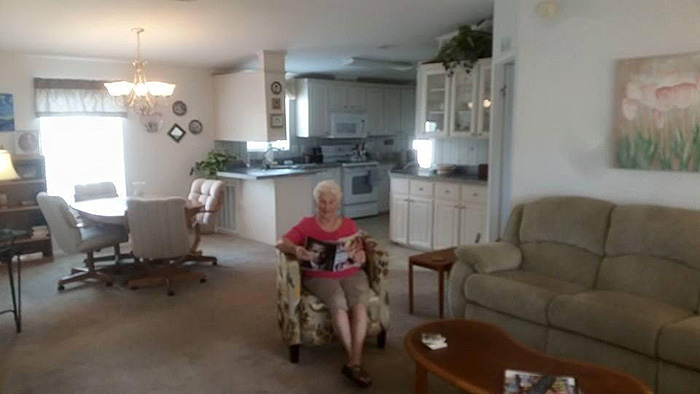 The photos were not put into the actual real estate ads for the home. However, that may be for the best since several tweeters have asked if she comes with the house. Work it Grandma!

If you liked this one, you’ll love this one:

These Babies Sum Up Real Estate Better Than Any Realtor Could

9 Comics That Show What It’s Like Being a Real Estate...

© Copyright 2020 - Lighter Side of Real Estate
Do NOT follow this link or you will be banned from the site!
993shares