Does Burying A Statue of Saint Joseph Help Your Home Sell Faster?

With Friday the 13th upon us, we thought it would be a great idea to run a story about superstitions in real estate over here at The Lighter Side of Real Estate.

It was just going to be a list of different superstitions, but this story caught my eye, and I couldn’t stop laughing. I felt it would be better as an interview than me just telling it. So here is the transcription of my phone call with the agent…

…who wants to remain anonymous, so out of respect, we’ll call him “AA”.

LS: I gotta tell you, when I heard the story we’re going to get into here, I was laughing so hard picturing you going through it. I’m sure it was aggravating for you, but this is classic stuff…the things agents do for people, man.

AA: Well, yeah, totally aggravating considering the end result. But that stuff happens all the time. But looking back on it. Pretty funny. I’m sure one of the neighbors has actual footage out there somewhere. Someone had to be recording it.

LS: OK, so the whole reason for this interview is because I’m doing a piece on real estate superstitions. So, what was the superstition in your story?

AA: I had a client ask me if I thought it would help if they buried a statue of St. Joseph in their yard.

LS: That might sound weird to some readers. Can you explain a little bit?

AA: It’s actually not that uncommon a question for me to hear. Probably for any agent to hear, really. A lot of people believe that when you are selling a house, if you bury a statue of Saint Joseph in your yard, it will help your house sell faster.

AA: I mean, what I think or believe doesn’t really matter. If a client wants to do it, or truly believes it works, the way I look at it is, it can’t hurt.

LS: From what I’ve heard and read, there’s actually a good amount of ceremony to it, right?

But nobody does that. Most people just bury it and forget about it.

LS: I’m laughing right now, because I know where this is going and it begs me to ask…did your client forget about having buried the statue?

Oh, I should say that when this client asked, you told her it was a good thing to do, right?

AA: Well, no, not really. I just didn’t discourage her or encourage her. I was like, it can’t hurt, you know.

She just wanted to do it. Believed it would help. And this was early on in the process. Her house had just gone on the market a couple of days before. And there hadn’t been any showings yet. But that wasn’t weird to me.

Her house was pretty high end, and there just aren’t that many buyers in that price range in her area.

And she pushed to price the house a bit higher than she should have, too…against my recommendation.

So I wasn’t expecting all that much activity, or to see a lot of showings that quickly anyway. But she was already nervous. And someone had just told her to bury the statue, that it would help sell her house quickly.

So, I was just like, sure, knock yourself out… but really it’s more a matter of your price and the market than anything else.

LS: OK, so let’s get into the funny part… So, she buries it. And does just forget about it?

AA: Nope. She brings it up constantly. Every phone call. She starts wondering why she isn’t getting any showings even though she buried the statue.

So, she starts doing research, and decides that maybe she buried it facing the wrong way. So, she wants to dig him up and make sure. She asks me if I think that’s OK.

Problem is, she didn’t live at the house anymore. She had moved about an hour away. So I figured she would just do it the next time she came up to check on the house.

But she couldn’t wait. She didn’t want to lose any time. So she asks me to dig him up to make sure.

So, I figured, OK. I’ll do it. Easier than dealing with her being anxious or upset.

LS: The things real estate agents do for clients!!! People don’t even realize… OK, so you did it. Did it help?

AA: Nope. Nothing changed. I recommended she just price her house where I had recommended. But she felt like she hadn’t given the Saint Joseph thing enough of a chance.

But now she starts wondering if where she buried him is the problem. So she asks me to go over and dig him up and bury him in another spot. So, I did.

LS: Did the new spot work?

I mean, at this point we have gotten some showings. But nothing in the price range is selling. So I know it is a market condition thing, not her house or the price at this point. Because she did reduce her price to where I recommended.

So I start to really get firm about it just being a matter of patience. The market is slow in her range. Don’t worry. Just have faith and be patient.

But she decides that maybe the spot I buried it wasn’t working. And asks me…kinda tells me actually…that I need to go back and dig him up and put him back where she first had him.

LS: How do you deal with someone like that?

AA: I really wanted to say, get lost.

But this sort of stuff isn’t all that crazy for agents to deal with. Not exactly this request. But real estate agents getting sort of bossed around by clients happens often enough.

And unless it is way out of line, most of the time we find ourselves just doing whatever to keep the peace. It isn’t right, but it is a reality.

LS: So, you did it for her again. And, I know the answer, but was it the last time?

Moving him back to the old spot didn’t change anything. So she decides that she needs to hedge her bet. She doesn’t want to move him from that spot, but she isn’t sure that it is the perfect spot either. So she has me go buy her a bunch more statues to bury all around the house.

LS: She asked you to buy them…she pay you back?

AA: Nope. And I had to go to some store way out of my way to get them. Then bury them. Literally all over the yard. She wanted 7 of them. Because 7 was her lucky number. (And like everyone else’s too, I wanted to tell her…)

So, there’s 7 Saint Joseph’s buried in that yard to this day…unless the new owners found ‘em.

LS: But 7 of them did the trick, right!? Now you have lucky number 7 and Saint Joseph on your side…

AA: Of course not!

It was a market thing, no superstition was going to make it happen any faster.

LS: Right, but eventually it all pays off. Her house gets sold. You get paid. Everyone parts ways happy.

AA: No, she ended up getting so frustrated that she asks me to release her from our contract so she could list with another agent.

At that point, I was like, good riddance. See ya. And let her go without a fight.

LS: Did the house sell fast once she listed it with the other agent?

AA: Not at all. Still took months. Eventually it sold because the agent she hired hammered away at her to get her to reduce her price to an absurdly lower price than it should have been.

She should have just been patient. I figure she lost somewhere around $80,000 because she lowered her price so much, and there just wasn’t any buyer activity. If she’d stayed firm at the price I recommended, she would have gotten close to asking. There wasn’t another house that could compete with hers in the range. It was just a matter of a serious buyer coming into the market. But she needed some faith and patience for that.

LS: Faith and patience (laughing)… The whole thing about the statue is you’re supposed to have faith and pray, right?

AA: Right. That’s the ridiculous thing. She had more faith in a plastic statue than she did in my knowledge, skills, and advice.

LS: Let’s wrap it up right there, man. That is the takeaway, isn’t it?

AA: Or any other superstition, yeah… totally.

But whatever…agents are always going to respect someone’s superstitions, whether they believe in them or not.

LS: Wait, did you say plastic statue… Maybe that was the problem. Shoulda been wood. (Laughing) Totally your fault… (Still laughing) 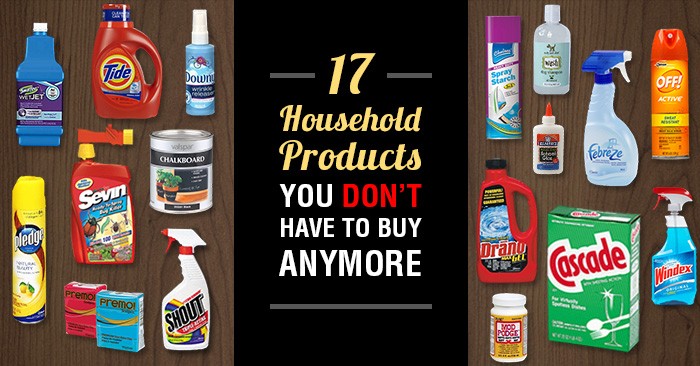 Having a well kept home requires maintenance and the occasional decor upgrade. Between cleaning supplies, Mod-Podge, and the ever important dog shampoo, a wallet can 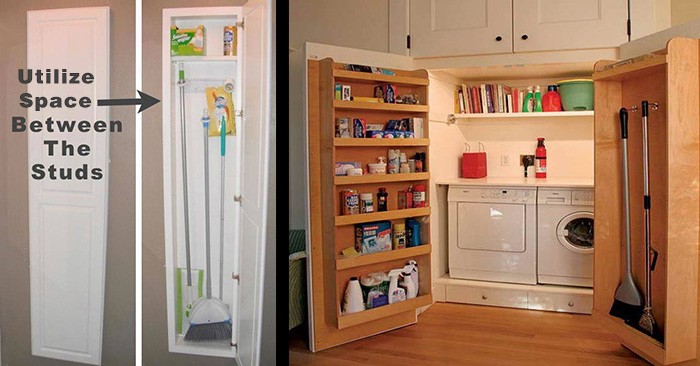 Laundry day is enough of a hassle. You have to deal with dirty socks, colors bleeding over, getting the detergent right, figuring out how much 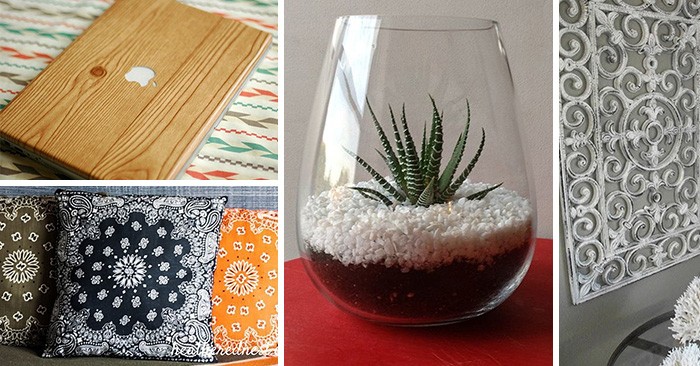 These days it’s easy to spend a ton of money just to add a bit of style to your home. At least that’s what I 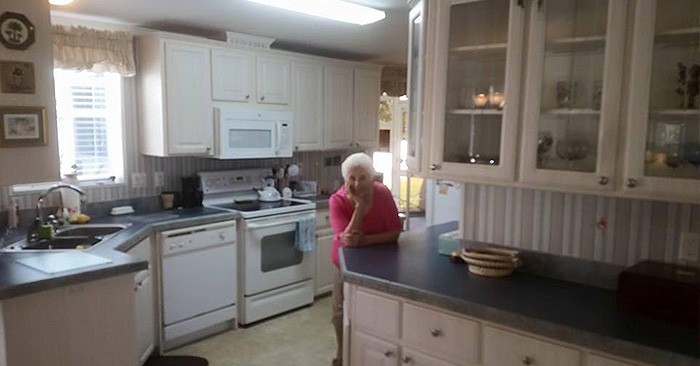 What happens when an 86 year old grandmother poses for some real estate pics? Apparently, it becomes a viral sensation! Yoli Ball and her husband